The Project “Languages and Nationalisms” project was is realized in the form of a series of expert regional conferences that took place executed in Serbia, Montenegro, Croatia and Bosnia and Herzegovina, with the aim to articulate the a very important topic of the misuse of linguistic science during in the time of the disintegration of Yugoslavia and the  formation of new states and four political languages that replaced the single one polycentric language spoken in the former Yugoslavia (Serbo-Croatian / Croato-Serbian). 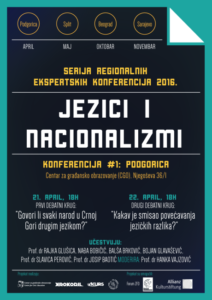 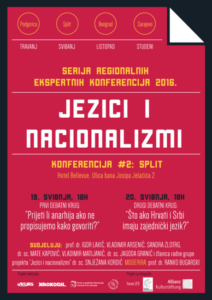 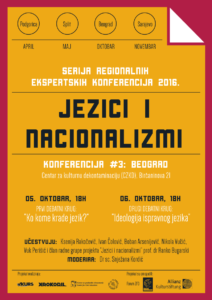 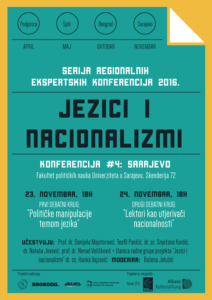