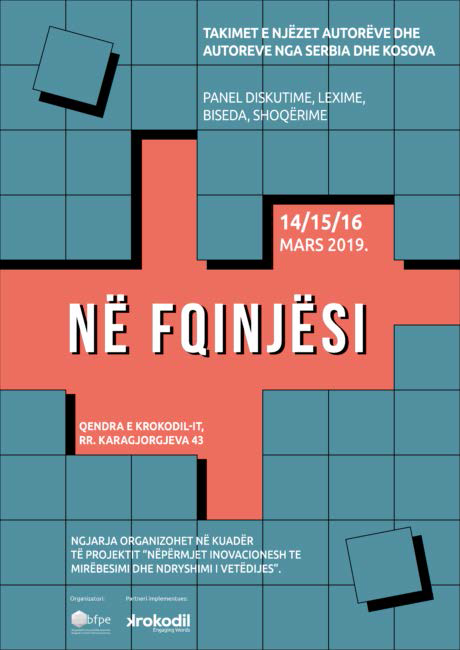 Posted at 10:09h in projects by wpadmin 0 Comments
0 Likes
Share

This three-day gathering is aimed to contribute to the establishment and maintenance of stable relations between Serbia and Kosovo through professional links that go beyond the framework of daily politics, such as literary and cultural ties between authors, journalists of the younger and middle generations from Kosovo and Serbia, which constantly hinder joint past, political circumstances, as well as a huge language barrier. In the past five years, the KROKODIL Association has made a significant step forward in creating these links and establishing a neutral or positively intoned dialogue between authors from these two countries.

The first in a series of events that aimed to “fix” relationships is the DO YOU READ ME festival? which took place in November 2013 in Kosovska Mitrovica. Festival DO YOU READ ME? was the first literary and cultural event of its kind in this city, bringing together authors from Kosovo, Serbia, Bosnia, Croatia, Albania, etc. After this very successful festival, in 2014 and 2015, the KROKODIL Association, together with Qendra Multimedia, organized the NEIGHBORS project, consisting of the exchange of the Polip (Pristina) and KROKODIL (Belgrade) festivals, the exchange of authors in residency programs in Pristina and Belgrade, and study visits to Kosovo and Serbia by young professionals in the fields of literature, culture and journalism.
The meeting program is organized within the project “Through Innovation to Trust and Change of Consciousness” organized by the Belgrade Fund for Political Excellence. Implementation partner is the Association KROKODIL. In addition to the program of meeting authors, the project “Through Innovation to Trust and Change of Consciousness” consists of a series of activities including seven expert symposia (aimed at physicians, architects and urban planners), a hackathon for IT professionals, four entrepreneurship fairs, five public presentations of exceptional individuals and other promotional activities.