We have made significant progress since 2009. Throughout that time we were constantly developing and learning, while never forgetting to foster personal relationships and a friendly atmosphere. Our main  team consists of eight dedicated individuals who are fully engaged in all the work concerning KROKODIL and its programs. We also can count on a network of ten regular external contributors that, together with the main team, complete the organization, and help add to its cultural mission and the special spirit of the Association KROKODIL.

Our growth and development are based on freedom of expression and creativity. We foster team spirit and friendship among those who work with us. What makes us unique is the high level of competence and knowledge among the employees and their use of innovative approaches in all aspects of their work – production of literary, cultural and socio-political programs and projects that aim to help develop literary and cultural audiences, promotion of the culture of dialogue, reconciliation and reconstruction of the broken links, particularly in the region of the Western Balkans, and deepening mutual understanding and the acceptance of differences in the European context and elsewhere.

Implying high ethical standards, openness, trust and sincerity in all of our professional relationships.

We share our ideas, information, plans and aims publicly and openly. We sincerely believe that mutual openness, as well as openness to our partners and wider audience, contributes to better understanding, and the building of strong and stable relationships, as well as a better integration into the creative process.

We perceive each other as equals and we recognize and value the skills of each individual. 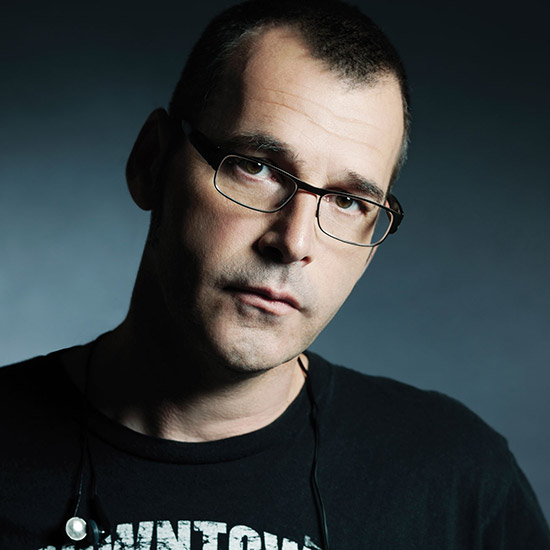 President and Creative director/Member of the Steering Board 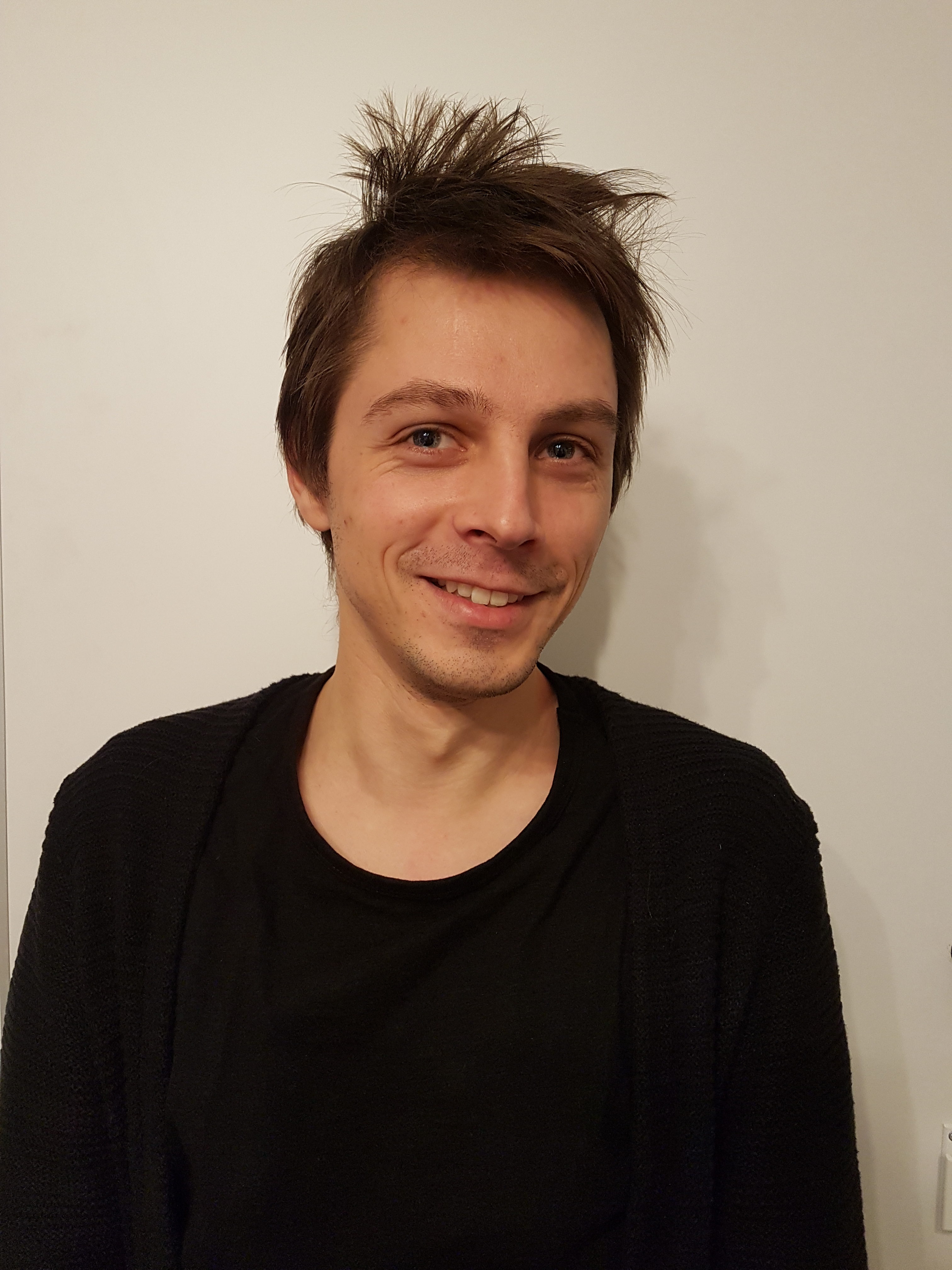 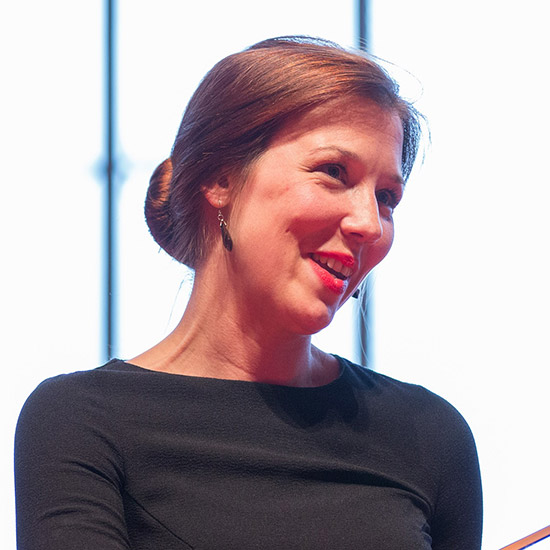 Communications, Development and External affairs/Member of the Steering Board 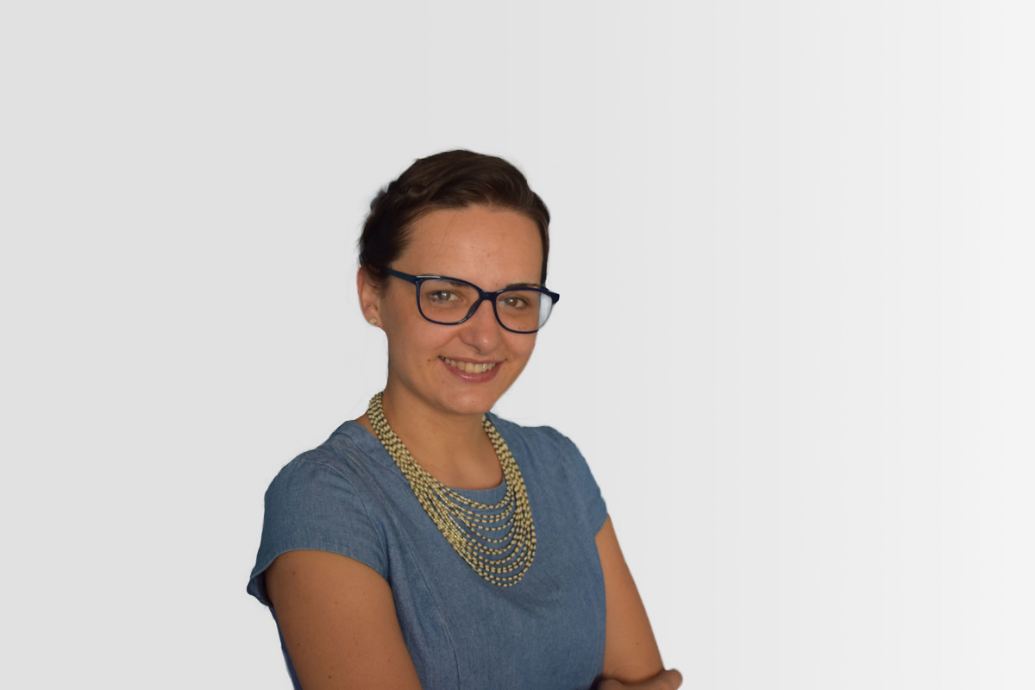 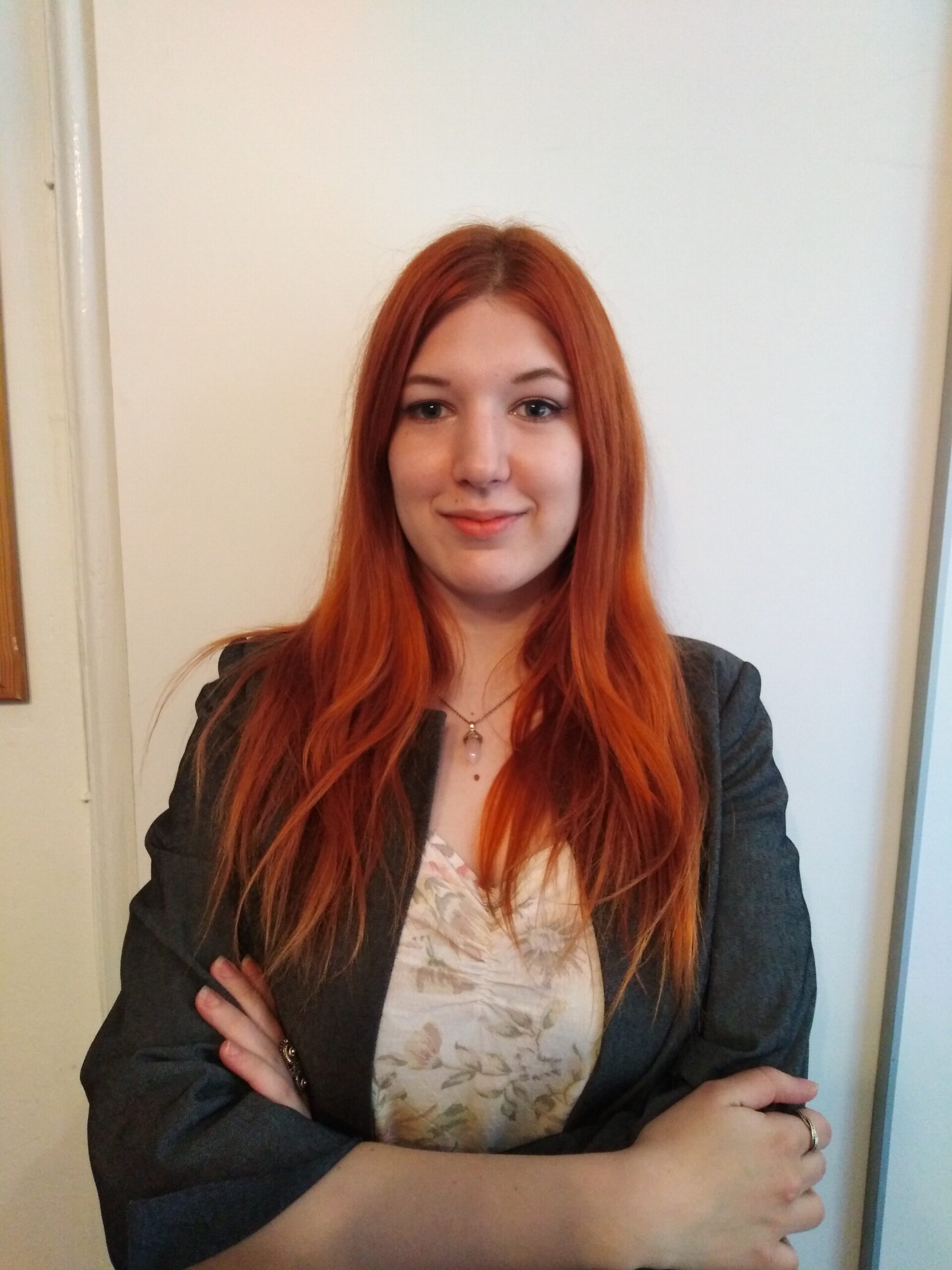 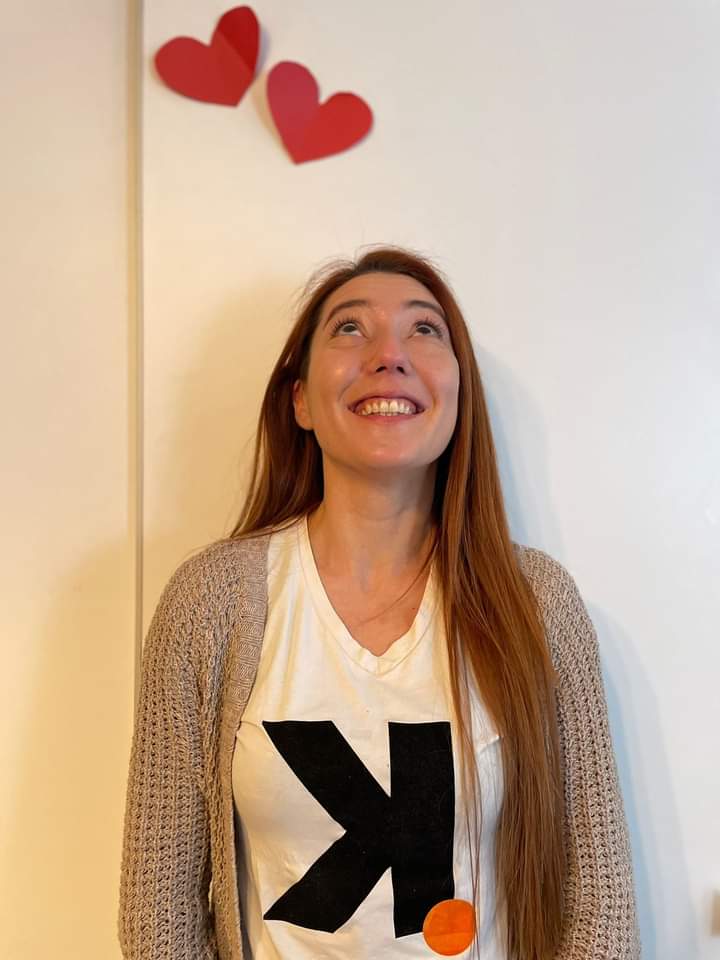 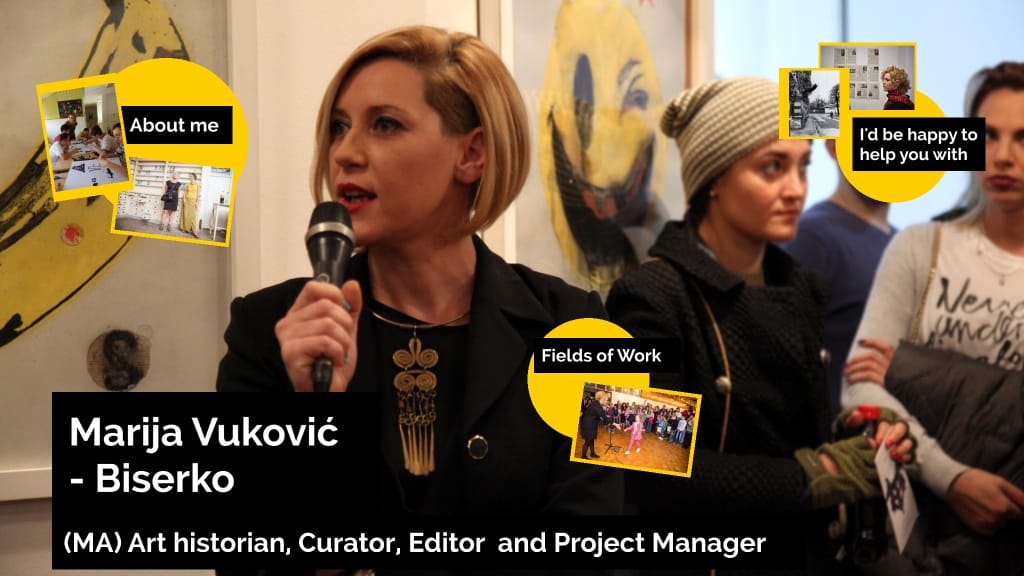 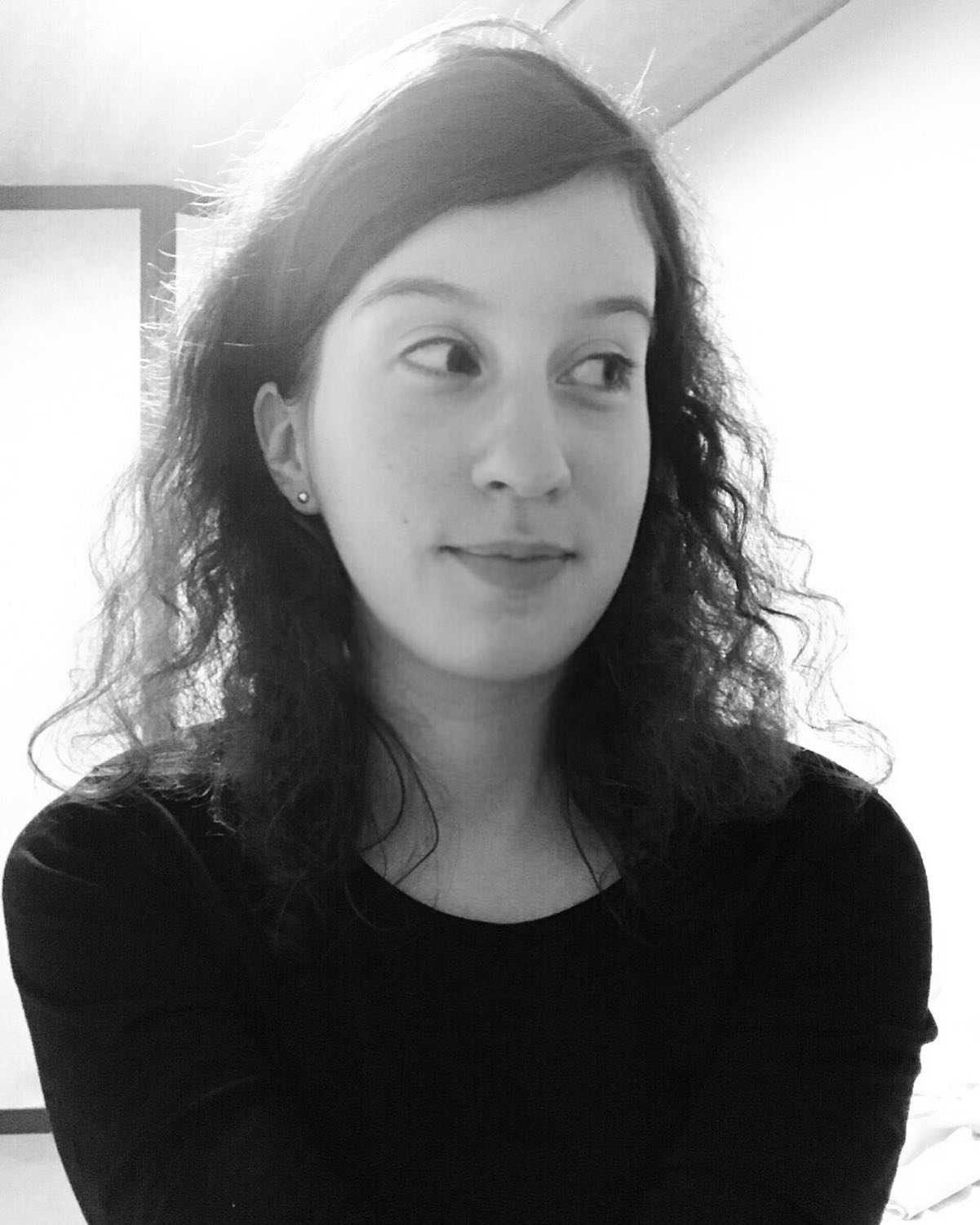 VLADIMIR ARSENIJEVIĆ (b. 1965 in Pula, Croatia, then SFR Yugoslavia) is an award-winning and internationally acclaimed Serbian writer, translator, editor, publicist and cultural worker. He won the 1994 NIN-award for his first novel In the Hold (U potpalublju), thus becoming the award’s youngest ever recipient. In the Hold was the very first debut book awarded  this prestigious prize. His anti-war book was soon translated into 20 languages and placed Arsenijević almost instantly among the most translated Serbian writers. Since then, Arsenijević published ten other novels, graphic novels, collections of short stories and books of essays. His essays and columns are published in both print and online media from all over former Yugoslavia. He is also a well-known editor who formed and developed the RENDE publishing house, where he worked as Editor-in-Chief from its foundation in 2000 until 2007. From 2007 until 2011, he ran a Belgrade subsection of the Croatian publishing house VBZ. In 2009, he founded and ever since has been the head of the Association KROKODIL.

MILENA BERIĆ ( b. 1982 in Belgrade, Yugoslavia) earned a Master’s in Communications and Journalism after completing her undergraduate studies in International Economics. With a dynamic 15-year long career in external affairs, communications and organizational management, she has merged a corporate relations focus on strategic message delivery, critical thinking and problem-solving with her particular interest and experience in storytelling and campaign strategy. She is a communications professional with extensive experience in organizational management and development as well as in delivering communications and marketing strategies for complex, international organizations in both the public and private sectors. Milena won the “30 under 30 young Serbian leaders” award in 2011 and was Serbia’s representative at the Sixth Pan-European Conference of International Relations in Turin in 2007, with her work “Culture, Dignity and Empowerment”. She has been a Member of the Steering Board at KROKODIL since 2014 and is responsible for communications, external affairs and development. She is proud of the fact that the Association KROKODIL won the European Communication Award in 2016 for her communication strategy during the KROKODIL Festival in 2015.

SARA MANDIĆ (b. 1986, Mumbai, India) obtained her Master’s degrees at the Department for Piano at the Academy of Arts in Novi Sad and the UNESCO Department for Cultural Policy and Management. She is a PhD student at the Department for Management and Production of Theater, Radio and Culture at the Faculty of Dramatic Arts in Belgrade. In 2002, she participated at the United Nations Special Session on children’s rights in New York as an official member of the national delegation of Serbia and a representative of the Southeast European group of countries. As a pianist, she has performed at numerous concerts, festivals at competitions in the country and the region – both as a solo performer and part of a chamber ensemble, as well as a rehearsal pianist for other performers. In addition to performing and her pedagogical work in the field of classical music, since 2010 Sara has been working as a producer and project manager in different organizations, such as the International Festival KotorArt and Wild Beauty Art Festival. She is also one of the founders of the “Vasilije Mokranjac” Foundation. She is fluent in English and speaks French. Sara joined KROKODIL in October 2019 as Project Coordinator.

MILAN ADNAĐ (b.1985 Belgrade, SFR Yugoslavia) graduated from the Department of Art History, Faculty of Philosophy, University of Belgrade after earning the title of Engraver of Art Objects from Tehnoart High School in Belgrade. In the past 7 years Milan has developed his organizational, administrative and financial skills in the cultural sector by working with various organizations but mostly within Mikser, one of the leading multidisciplinary platforms in the region, where he was in charge of administrative and financial work, as well as preparation of financial reports on the EU and other projects. Milan joined KROKODIL in October 2018 as the financial and administrative manager.

MARIJA VUKOVIĆ BISERKO ( b. 1977 in Belgrade, Yugoslavia) obtained a Master`s degree in History of Art at the Faculty of Philosophy in Belgrade. She has almost 20 years of experience as a cultural worker, as Art historian, Curator, Project Manager and Coordinator in both, NGO and public sectors. She gained experience and skills in the domain of culture project administration, from writing to the realization of different projects for ECF, Creative Europe, UNOPS, etc. As Art historian, she has been involved in research of the legacy of the Yugoslav dadaist-zenitist group Travellers, and therefore together with her colleagues’ works on further collecting and museological processing of artworks and objects of the group. As Editor of visual arts and literary programs, she successfully organized and curated more than 150 exhibitions, multimedia events and moderated more than 70 literary events. She is active as humanitarian and human rights activist, oriented towards helping children, youth and adults from vulnerable and marginalized groups, such as migrants, children and youth with mental difficulties, Roma people and endangered women.

ANĐELA ĐURIĆ (b. 1997 in Belgrade, Serbia) is a senior student of Journalism at the Communication University of China（中国传媒大学）in Beijing. She graduated from two high schools simultaneously: the Chinese language department at the Philological high school, and the violin department at „Stanković” high school for music. She saw her first crocodile in South Africa, where she spent her childhood. She started cooperating with KROKODIL Association as an intern in 2020, after participating in the “Journalist for a day” program. She is an associate at Radio Belgrade 1, with the Educational program for children and youth. She speaks 4 and a half languages, and knows as few Latin proverbs.

ALEKSANDRA JELESIJEVIĆ ( b. 2001 in Belgrade, Serbia) is a third-year student at the Faculty of Political Sciences, University of Belgrade, in the department of journalism and communications. She is currently volunteering in the following organizations: “SOFA”, “CMJP”, and “CEDEM”, and in the past she volunteered on various festivals, and events such as “Inter Parliamentary Union”, as an officer for connection. From her first year at University, she has been working in the fields of marketing and communications, as an SEO Specialist, Copywriter and Social Media Manager. In Evans Media she worked as a Junior Journalist and Copywriter, and as a screenwriter on episodes done for Microsoft. She finished an intense course on philosophy of objectivism in Georgia, Europe, and School of Objectivism in Belgrade. She finished a journalist internship on the online website “Danas” and a course of investigative journalism and media in Libek. She trains volleyball, and has finished Primary music school, department for piano. She has played chess professionally for ten years. She speaks English fluently and some German too. She joined Association KROKODIL in October 2021 as an intern in the field of communications.

ALEKSANDRA ĐONIN (b. 1995, Vršac, Serbia) is a student of Art Production and Media Management at the Faculty of Contemporary Arts in Belgrade. She has volunteered with numerous local and regional projects and festivals, as well as interned as a producer and organiser at eduTV and LinkTV. She worked in PR and Communications at the Mikser festival and as a marketing manager at the Bitef festival. Her fields of interest include feminist and ecological activism, as well as human and animal rights. She believes in art and creativity as a primary means of communication and has participated with an interactive installation at Festival Dev9t. She joined Association KROKODIL in October 2019 as a program producer in KROKODIL Center.

JELENA BABIĆ BARNES gained experience in project preparation, implementation and coordination at the Belgrade Open School, where she worked for many years on coordination and implementation of activities and projects in the field of European integration and civil society development aimed at improving public policies. During her professional career, she participated in the preparation and implementation of various projects, tenders and programs funded through various bilateral and multilateral cooperation programs – with special emphasis on development cooperation programs (USAID, SIDA), European Union programs and multilateral organizations. For a period of three years (2014-2017), she worked at the Center for EU Integration of the Serbian Chamber of Commerce, where she led, coordinated and managed national and regional projects in the field of entrepreneurship development and business sector communication in the process of Serbia’s EU accession funded by the European Commission and the German Agency for International Cooperation (GIZ). In addition to her experience in project management, Jelena also works on the design and implementation of advocacy campaigns and the development of policy documents. She is an accredited trainer for the implementation of professional development programs for employees in local self-government units by the Ministry of State Administration and Local Self-Government.

STEFANA PEKEZ (b. 1994 in Zrenjanin, Serbia) graduated from the Faculty of Philology, University of Belgrade in Dutch language, Literature, Culture (with Swedish and English as the second languages). Afterwards she enrolled in a master’s program in Cultural Studies at the Faculty of Political Sciences, University of Belgrade. During her studies she attended various seminars, workshops and summer schools including, among others, a seminar in literary translation “Literature and Identity” at the University of Vienna as well as a workshop on literary criticism as part of the literary festival Bookstan in Sarajevo. She volunteered at Beldocs and Free Zone film festivals in PR, communications, and translation sectors. She started cooperating with the KROKODIL association as a participant in the Journalist for a day program and, after that, joined KROKODIL as an assistant in the field of communications. Currently she is also a contributing author for the Scandinavian corner.

MARIJANA DOLIĆ (b. 1990 in Sombor, Serbia) graduated from the Faculty of Education in Sombor, University of Novi Sad with a major in teaching. She volunteered at the Sombor Educational Center within the School of Good Will project whose aim is to provide free learning assistance to children from socially disadvantaged backgrounds. She also volunteered at the Education Development Center “Planet” where she worked on introducing children and youth to the principles of scientific research. From October 2021, Marijana joined us on the position of manager of the KROKODIL Center. She says that everything she does she does with love.