The Monstrous Festival of Literature and Illustration for Children KROKODOKODIL in the episode: JOURNEY TO THE CENTER OF THE BOOK
konferencija, festival, debate, krokodil, jezici, region, pisci, prevodioci, knjizevnost,
15461
post-template-default,single,single-post,postid-15461,single-format-standard,bridge-core-1.0.5,ajax_fade,page_not_loaded,,vertical_menu_enabled,side_area_uncovered_from_content,qode-content-sidebar-responsive,qode-theme-ver-18.1,qode-theme-bridge,disabled_footer_top,qode_header_in_grid,wpb-js-composer js-comp-ver-6.0.2,vc_responsive

The Monstrous Festival of Literature and Illustration for Children KROKODOKODIL in the episode: JOURNEY TO THE CENTER OF THE BOOK 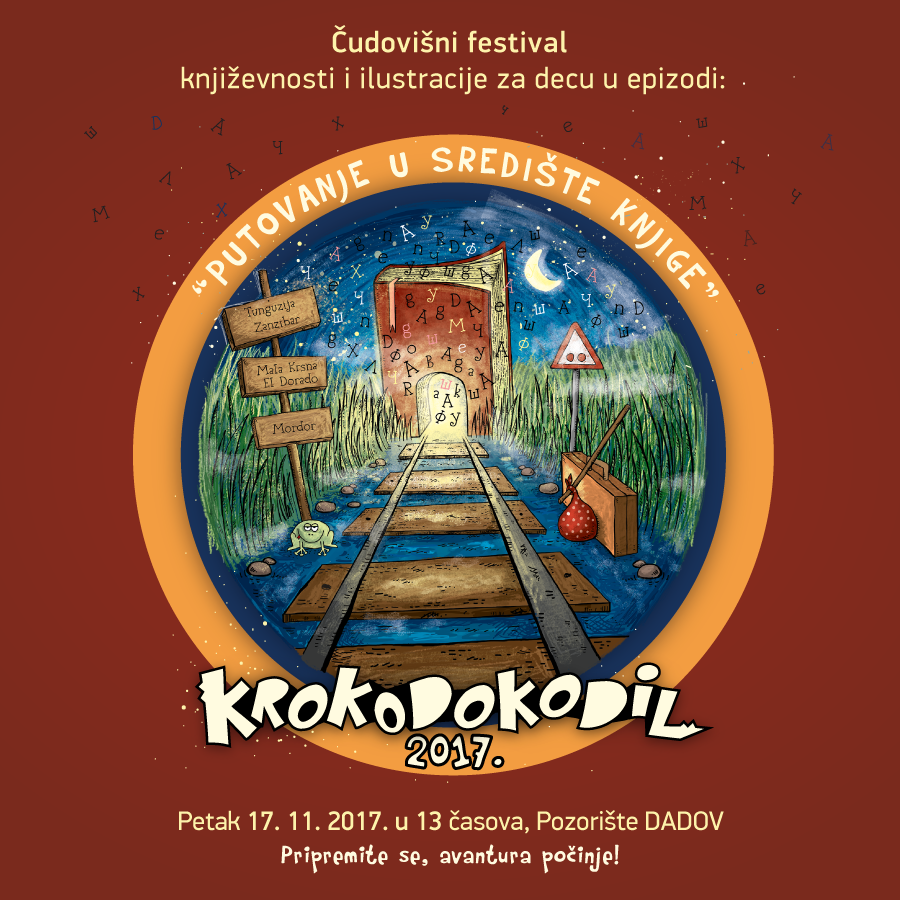 14 Nov The Monstrous Festival of Literature and Illustration for Children KROKODOKODIL in the episode: JOURNEY TO THE CENTER OF THE BOOK

The Monstrous Festival of Literature and Illustration for Children KROKODOKODIL is held for the fifth time on Friday, November 17, at 1 PM in the Youth Theater Dadov, ul. Desanka Maksimović street # 6, Belgrade, Serbia.

The title of the upcoming KROKODOKODIL – Journey to the Centre of the Book – also indicates this year’s topic, which is the treatment of the theme of travelling and gaining experience through a journey both in classical and contemporary literary creativity for children.

With the help of actors from the Dadov Theater, the following books will be presented:

The intention of the festival is to demonstrate the power and beauty of literary creativity via multimedia and at the same time to reveal new aspects of communication with the youngest generation of readers.

Just like the previous editions of the festival, KROKODIL 2017 consists of the main program and the accompanying workshops with the youngest readers. For the second year in a row, it also includes lectures for adults, such as students, teachers, professors, librarians, literary critics, parents etc.

Participants: Maša Avramović and Nina Stamenković (Association C 31 – Center for the development of the culture of children’s rights)

Club of the Kreativni Centar bookstore in Belgrade, TC Eurocentar

Club of the bookstore Creative Center in Belgrade, TC Eurocentar

This upcoming, fifth edition of the KROKODOKODIL festival was supported by TRADUKI, the European Network for the Promotion of Literature and Books from Berlin, Germany. 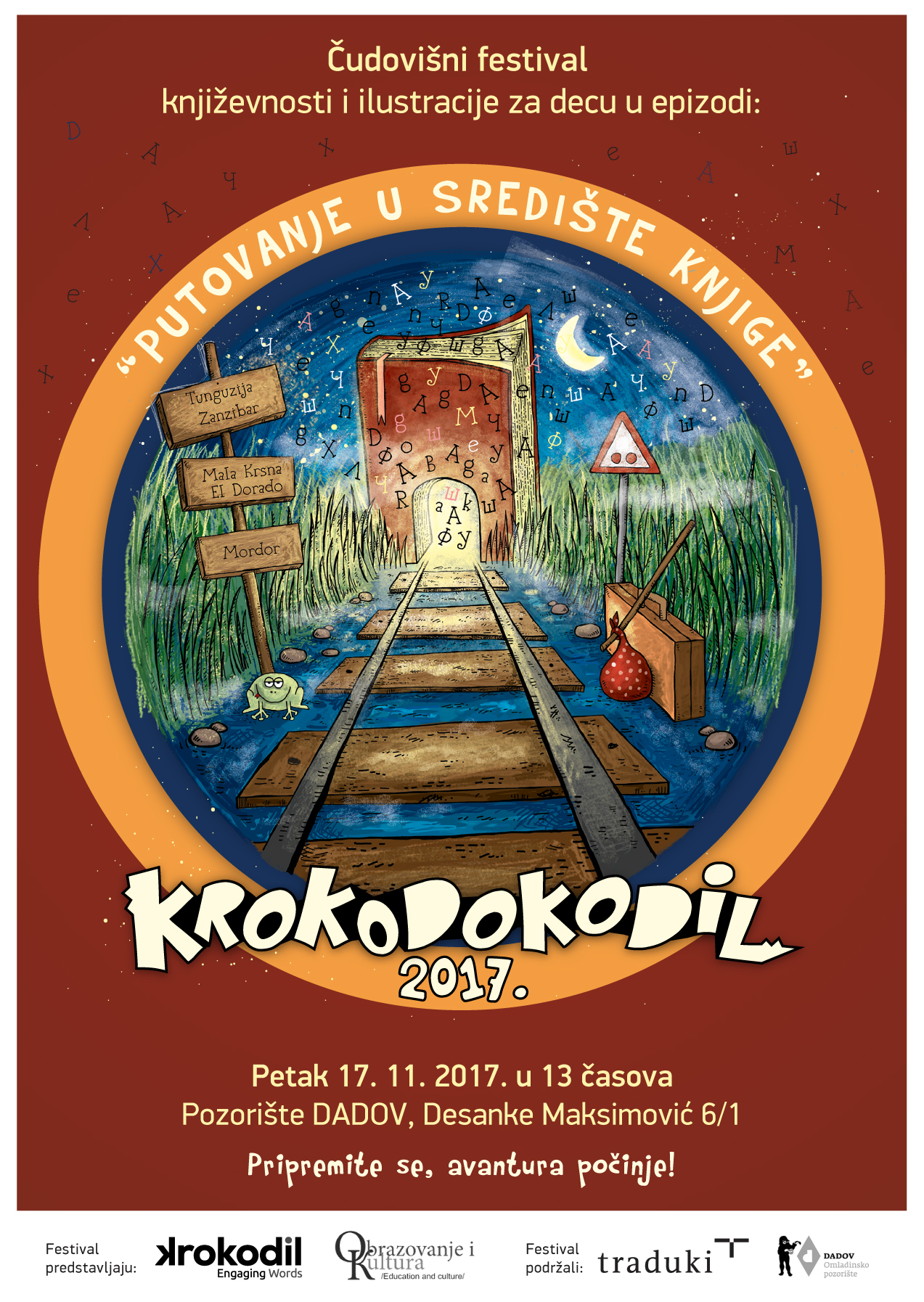