MARKING THE FIRST ANNIVERSARY OF THE DECLARATION ON COMMON LANGUAGE 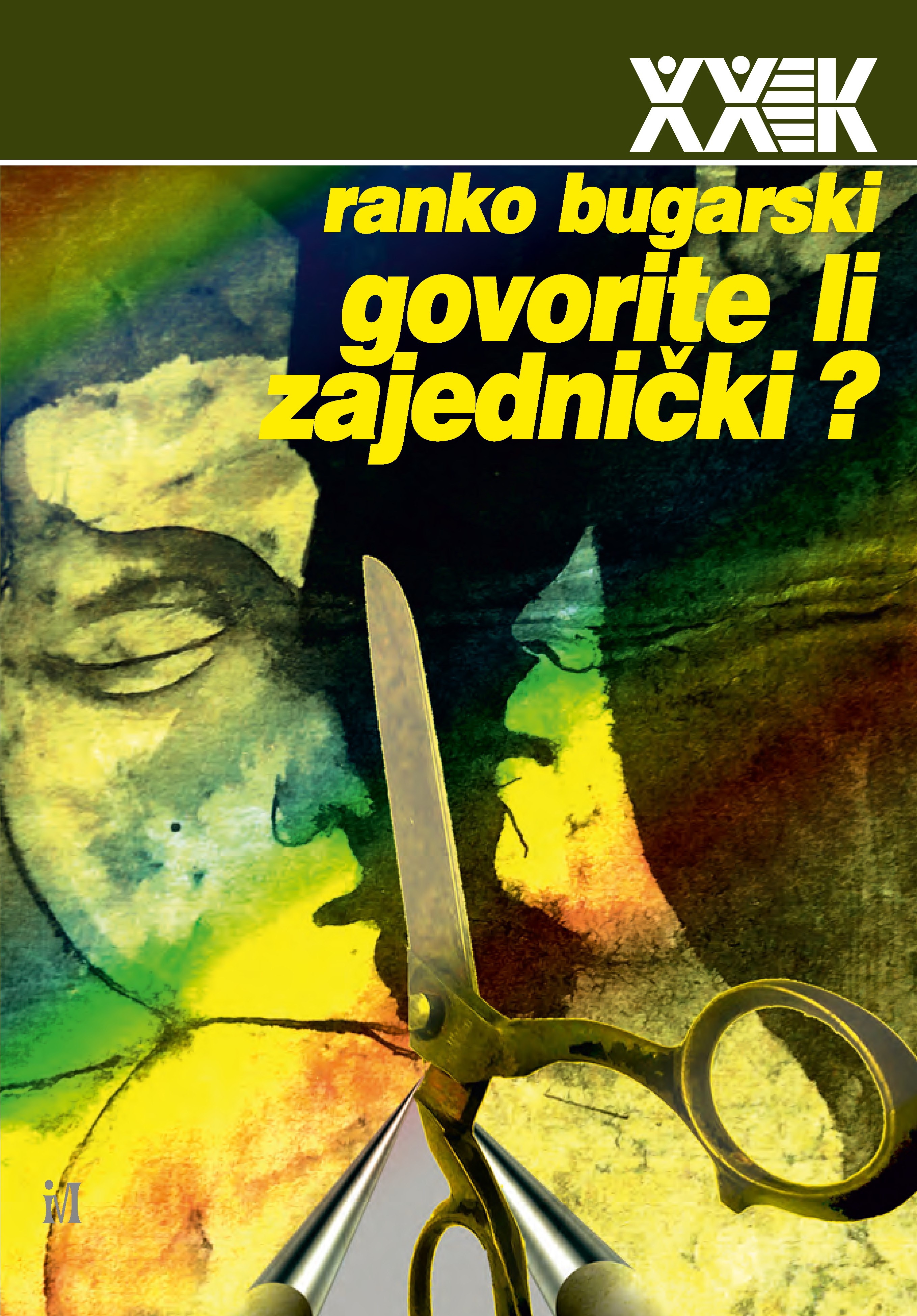 Posted at 13:45h in news by wpadmin 0 Comments
0 Likes
Share

THE FIRST ANNIVERSARY OF THE DECLARATION ON COMMON LANGUAGE WILL BE MARKED BY THE PROMOTION OF RANKO BUGARSKI’S BOOK “DO YOU SPEAK COMMON LANGUAGE?”, ON MONDAY, 2 APRIL, 19.00, IN THE CENTRE FOR CULTURAL DECONTAMINATION (BIRČANINOVA 21). THE BOOK WAS PUBLISHED BY DISTINGUISHED PUBLISHING HOUSE BIBLIOTEKA XX VEK, IN PARTNERSHIP WITH THE ASSOCIATION KROKODIL AND ORGANISATION FORUMZFG BEOGRAD.  BORKA PAVIĆEVIĆ WILL FACILITATE DISCUSSION ABOUT THE BOOK WITH ITS AUTHOR, RANKO BUGARSKI, AS WELL AS WITH IVAN ČOLOVIĆ, NATAŠA GOVEDARICA AND TEOFIL PANČIĆ.

The main theme of this book is a current language issue in the states newly created in the territory of former Serbo-Croatian/Croatian-Serbian language, where Serbian, Croatian, Bosnian and Montenegrin, respectively, are at present used as distinct official languages. Its axis represents a consideration of possible ways to pacify heated debates emerging after the break-up of Yugoslavia and the dilution of Serbo-Croatian language, and to improve the communication between citizens of Serbia, Croatia, Bosnia-Herzegovina and Montenegro by softening largely artificially created national and language barriers. The main negative character in the book is nationalism, which was the primary cause of chain destruction of everything that was common in this region until the beginning of the wars, whilst its main positive character is its common denominator, i.e. the common language (…).

The core of the book is made of chapters focusing on the project Languages and Nationalisms, and on the document that ensued subsequently, the Declaration on Common Language, which is essentially the invitation or adjustment of nationalistic linguistic and identity politics to language reality in all four countries. Throughout history, millions of people on European continent gave their lives in wars glorifying the Nation, indisputably elevating the collective over the individual. Contrary to that, this project and the accompanying Declaration endeavor to undermine nationalism by thinking critically about the very notion of the nation that is in its core, whereby – in the spirit of contemporary understanding – nation is viewed as imagined community (Benedict Anderson).

The first anniversary of the Declaration on Common Language was marked by its signing by American linguist and philosopher Noam Chomsky, one of the most distinguished socially-engaged authors of the present.

After the series of regional conferences within the project Languages and Nationalisms, held in Podgorica, Split, Belgrade and Sarajevo between April and November 2016, a group of prominent linguists and experts in other areas of humanities composed the Declaration on Common Language, with the intention to raise the awareness and thus impact  the existing nationalistic linguistic practice in all four states of the region where Serbo-Croatian/Croatian-Serbian is spoken. The text of the Declaration was presented to general public on 1st April 2017, through the project’s web page www.jezicinacionalizmi.com, where every person who agrees with the text of the Declaration also has an opportunity to sign it. The Declaration on Common Language has by now been signed by more than 10.000 people from the entire region.

The project Languages and Nationalisms emerged a result of a two-year long mission and the partnership between the Association KROKODIL and its local and regional partners. The main intention of this project is to problematise – through an open dialogue of linguists and other experts – the co-existence of four “political” languages in the territory of the former Croatian-Serbian/Serbo-Croatian language, as well as those relevant and challenging topics where the linguistics is unscrupulously intersecting with identity politics. Despite wanted and attained emancipation, and formal existence of four standards, identity-language passions have not been assuaged, whilst prescriptivism, infatuation with linguistic imperialism, the idea of “fifty years of linguistic slavery” and the entire spectrum of misinterpretations have remained until today. They were all the reason why the project Languages and Nationalisms was initiated in the very first place, through cooperation with the Working group composed of the most prominent experts in this field: Snježana Koridić, Hanka Vejzović, Ranko Bugarski and Božena Jelušić. The project is supported by Allianz Kulturstiftung and forumZFD.