Festival KROKODOKODIL – IN SOMEONE ELSE’S SNEAKERS – 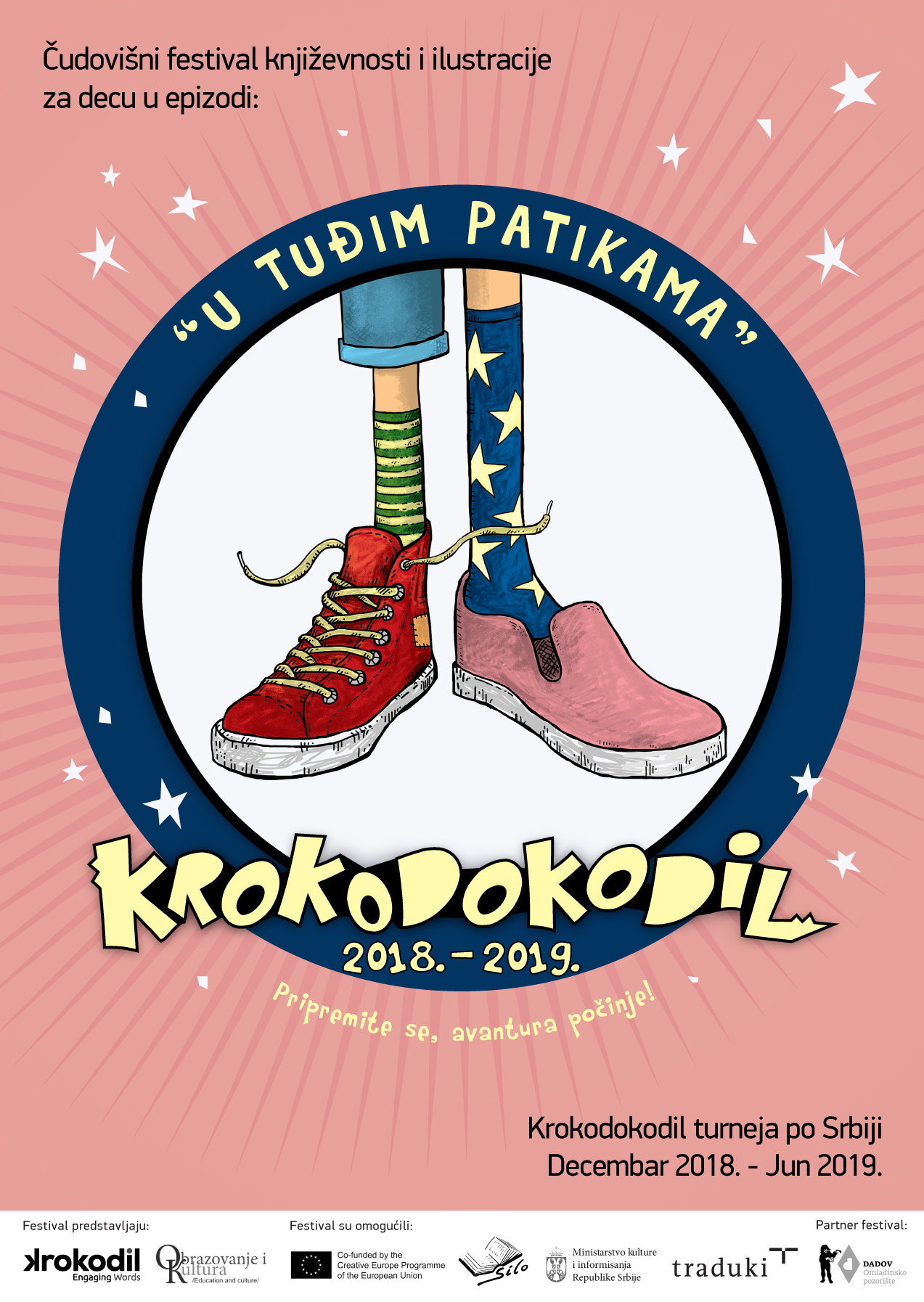 Festival KROKODOKODIL, a joint project of Belgrade-based associations KROKODIL and OK – Obrazovanje i kultura, focuses on literature for children and the culture of reading, as well as educating new reading audience.

Sixth edition of the festival KROKODOKODIL will be opened on October 12 2018, with the central theatrical event in Youth theatre Dadov, and will last until the end of June 2019. Theatrical play IN SOMEONE ELSE’S SNEAKERS was written by Jasminka Petrovic, renowned contemporary Serbian writer for children and youth. The director of the play is Vladan Djurkovic, and it is performed by the playing company of Dadov.

In the forthcoming months, the play (in form of workshops) will visit many towns of Serbia, to present its exciting and extraordinary world, in order to entertain, educate and engage the children from far-away places, under-developed and suburban areas of larger cities, namely the places which lack contact with contemporary cultural and literary themes.

The name of this year’s festival evokes its subject – the respect towards diversity. The aim of the festival is to question and put forward the subjects of the relationship the environment has to the children who are somehow different than the others. The books represented within the festival will be:

The questions of tolerance and acceptance of differences and embracing the diversity are the most important aspects of this year’s festival, which will also have several workshops and lectures for children and professionals in the field of education and literature. The first program for adult audience will be held on Monday October 15th in KROKODIL’S Centre for contemporary literature, under the title “ABOUT A BUTTON, WITCH HUNTERS AND HAPPINESS – how is being different accepted in our society?”

Participants are: Jasminka Petrović, writer of the book „About a button and happiness“, Ljiljana Marinković, owner of the publishing house for children Kreativni centar, Jovana Karaulić, the producer of the movie Witch hunters and Marko Manojlović, screenplay writer of the same movie. The talk will be moderated by Ana Pejovic.

KROKODOKODIL, festival of literature and illustration for children, was initiated in 2013. It is annual in character, and dedicated to youngest generation of readers in our country.

Festival of literature and illustration for children KROKODOKODIL was formed around the premise that it is an imperative to contribute to the development of future reading audience in a dynamic, systematic and continuous way. The societies that take pride in popularity of reading are always those that have a careful and thorough system of forming such habits in the early childhood. Festival KROKODOKODIL aims to do exactly the same, using different audio
and visual materials as well as dramaturgy, directing, decor and mise en scene which results in the mixture of festival and theatre further boosted by inclusion of the state of the art multimedia so that the whole event is adapted to the sense of rhythm and general sensibility of the youngest literary audience.

The festival has its premiere in april 2013 in Cultural centre Majdan, with the subject “How is the book made” with two pairs of writers and illustrators – Jasminka Petrović and Bob Živković from Serbia, Ana Đokić and Darko Macan from Croatia, with the help of moderator Raša Popov. In 2014 central theme was horror story, entitled “How to escape horror story”. In 2015 the subject of the festival entitled “Biblioskop” was the relationship of literature for children and film. In 2016, festival dealt with the fairy tales in literature, entitled “How Lola and Ivica rescued the fairytales”. In 2017, the festival entitled “The journey to the centre of the book” dealt with the theme of traveling and journey in literature for children. 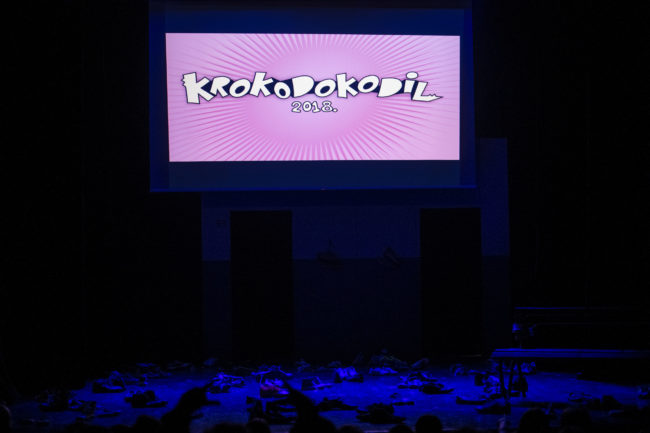 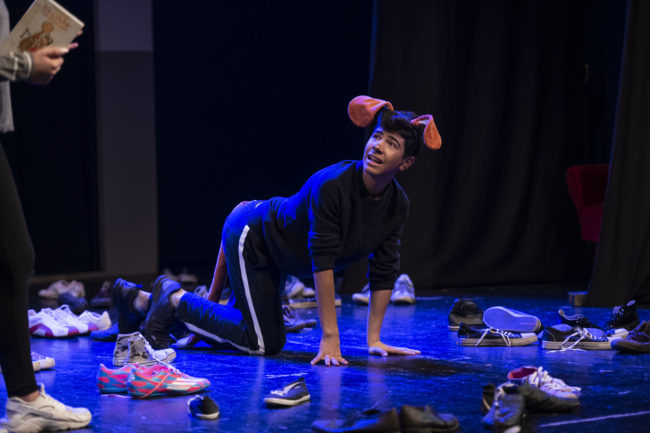 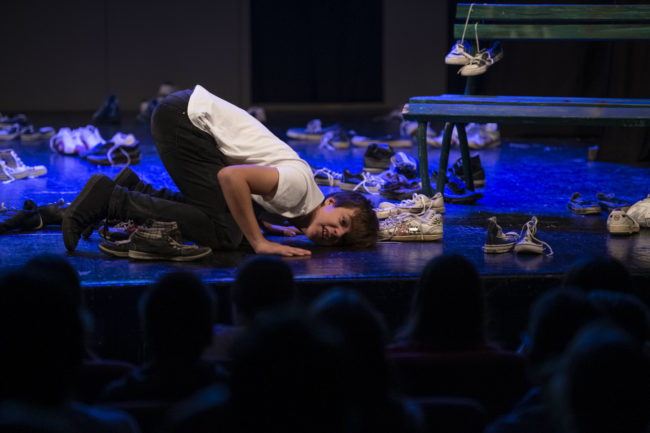 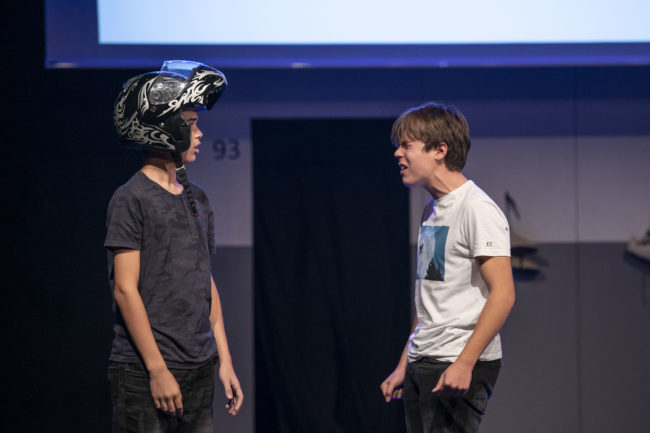 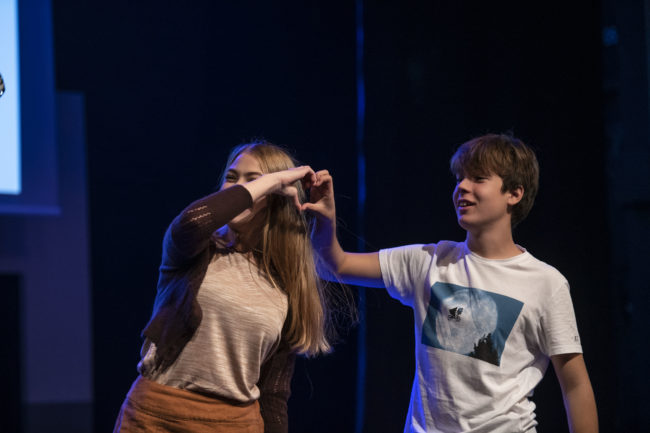 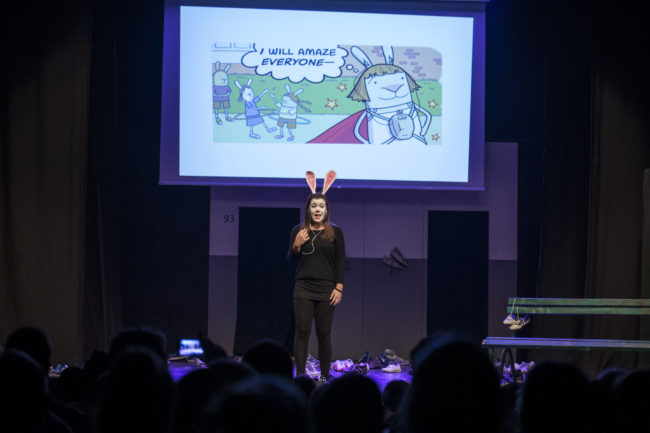 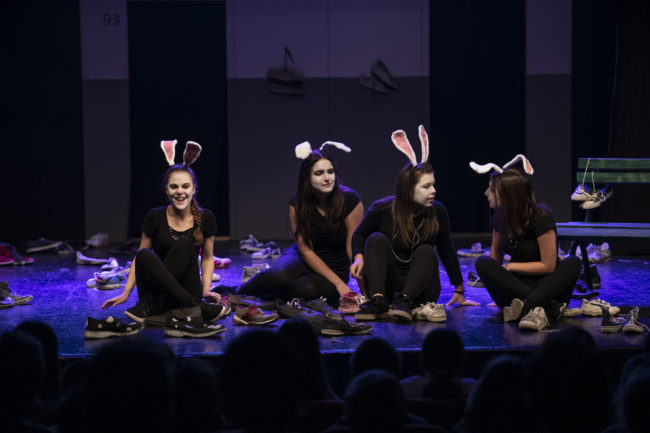 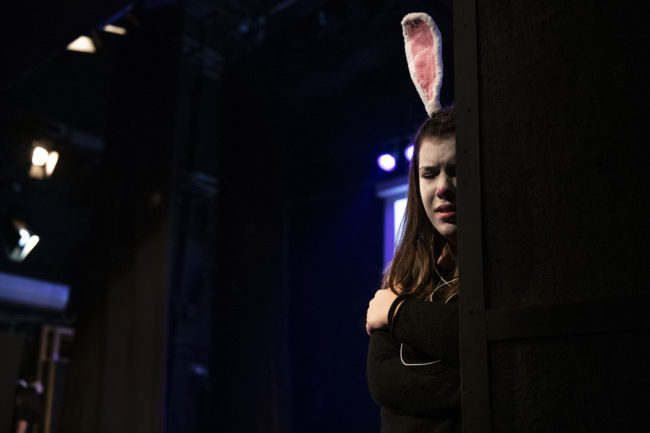 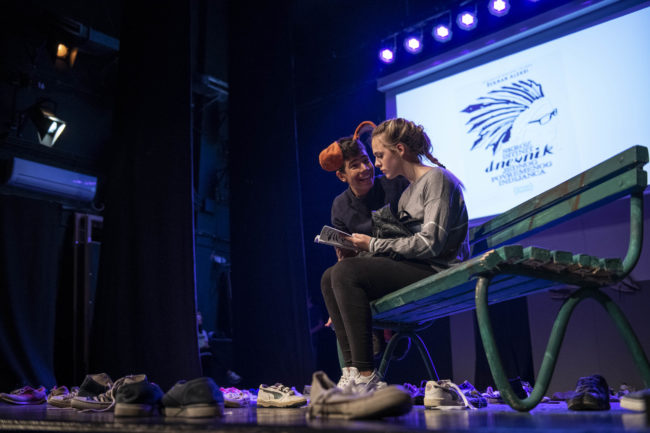 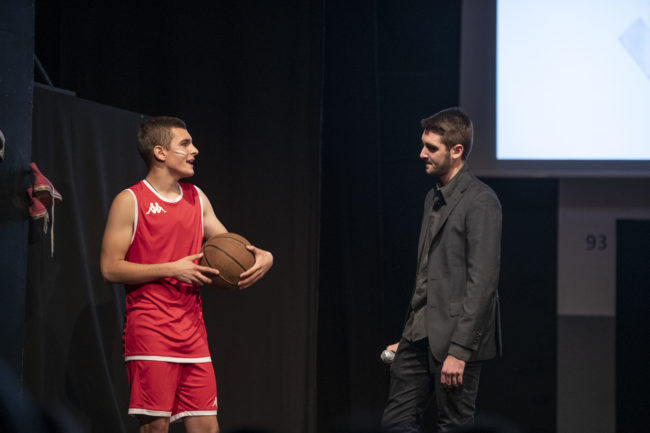 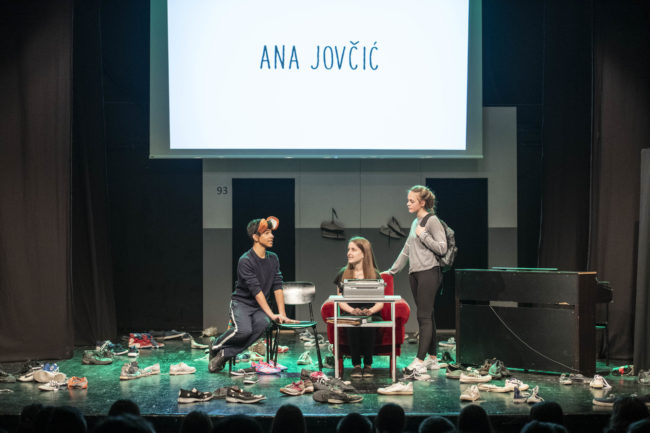 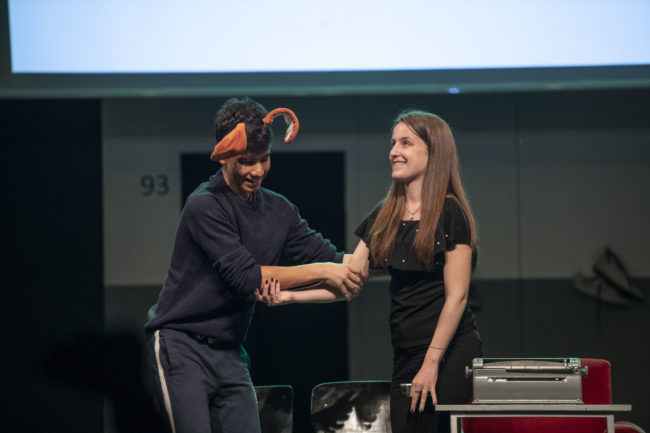 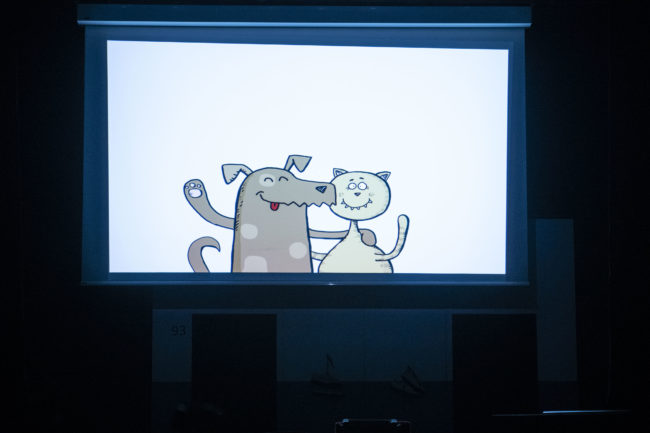 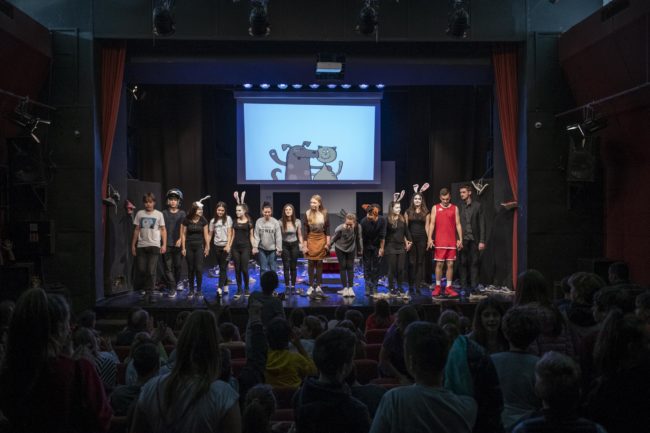