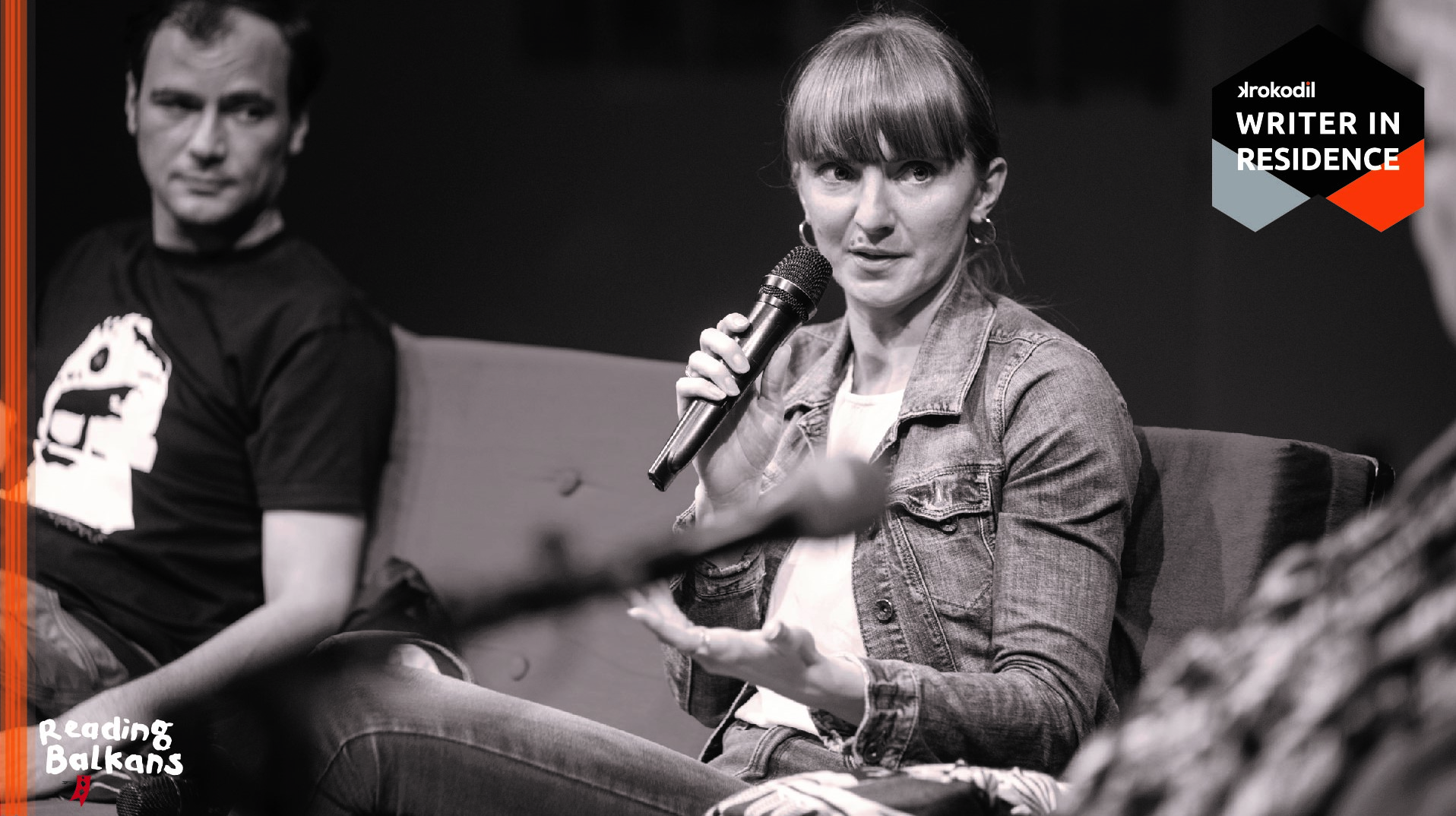 Posted at 15:03h in news by wpadmin 0 Comments
0 Likes
Share

In April, KROKODIL’s Writer-in-residence hosts a young Slovenian author Ana Schnabl, who is the 81st guest of this program.

After promotions in Kikinda and Zrenjanin, where she presented her collection of stories Odvezani (Partizanska knjiga,2018), on Thursday 18 April from 7pm in KROKODILs Centre, Ana Schnabl will talk with Vladimir Arsenic and Srdjan Srdic about contemporary literature form Slovenia, and her own writing. Free entrance. The talk will be in English.

Ana Šnabl (1985, Slovenia) is in the beginning of her literary carrier. In November 2017, her first book won the award for the best debut novel, and was also nominated for two more prizes. She is currently writing a novel situated in the late 1980’s in Slovenia, and next ear she will also publish a crime novel. She is a doctoral student of philosophy and she hopes she will focus her research on the possibilities of female autobiography. She used to work as a journalist, but she was never good at it, though she learned a lot, and she is now working as an editor of  European Review of Poetry, Books and Culture. She sometimes moderates literary events and writes critiques and columns for Slovenian media. She lives in a small town in northern Slovenia. In 2020 she will publish a crime novel.
Ana Schnabl’s stay in Belgrade is organized as part of KROKODIL’s ongoing project READING BALKANS which is co-financed by the Creative Europe Program and the Ministry of Culture and Information of the Republic of Serbia.
Reading Balkans is a project aimed at promoting literature from the Western Balkans through education and establishment of a literary agent who will represent regional writers on the international scene.