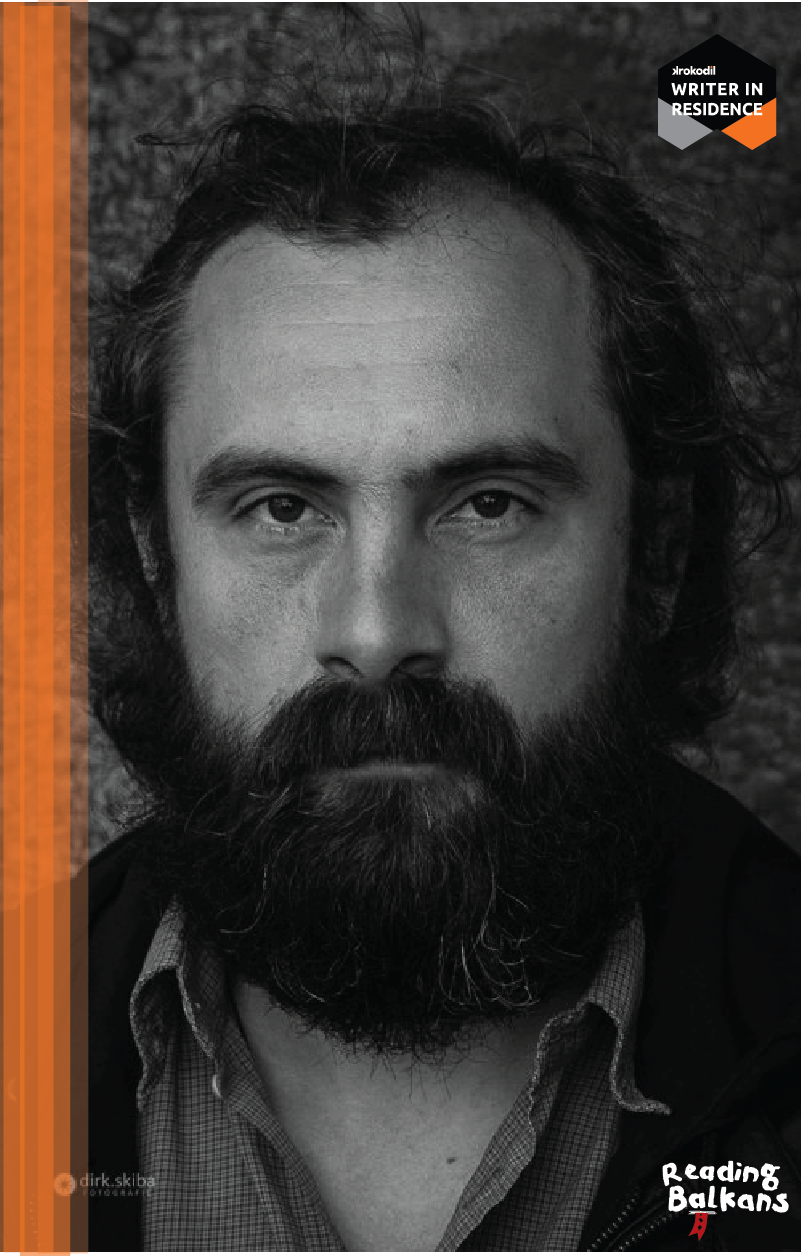 Posted at 09:18h in news by wpadmin 0 Comments
0 Likes
Share

Cosmin Perţa, Romanian prose writer and poet is the 83rd guest of KROKODIL’s Writer-in-residence. Perta participated in the program Neighbors facing the present within festival KROKODIL on 8 June 2019. He also had a roundtable discussion with the students from the Department of Romanian language and literature of Faculty of Philology in Belgrade, on 11 June, in cooperation with the department. The students and Cosmin spoke about the contemporary literary scene in Romania, about his writing and experience, with the help of the poet and translator Alexandra Turdu.

Cosmin Perţa is a Romanian essayist, poet and novelist born in 1982 in Vişeu de Sus, Maramureş county. He has a PhD in East-European fantastic literature. He published several essays, novels, short stories and poetry books. He made his debut with the poetry collection „Zorovavel” (2002), followed by „Santinela de lut” (The Clay Sentinel, 2006), „Cântec pentru Maria (Song for Mary, 2007), „Bătrânul, o divină comedie” (The Old Man, a divine comedy, 2009), „Fără titlu” (Untitled, 2011), two volumes of short prose and three novels –  the most recent being „În urmă nu mai e nimic” (There’s Nothing Left Behind, 2015). At present, he is a lecturer of Comparative literature at the Hyperion University of Bucharest.

Reading Balkans is a regional project aiming at the promotion of literature from Western Balkans through the exchange of writer-in-residence programs in seven countries, cooperation with other countries which share similar historical circumstances (Cyprus, Ukraine), as well as educating the literary agent who will represent regional authors in the international publishing scene.