BELGRADE DEBATE ON EUROPE: THE FUTURE OF STABILOCRACIES 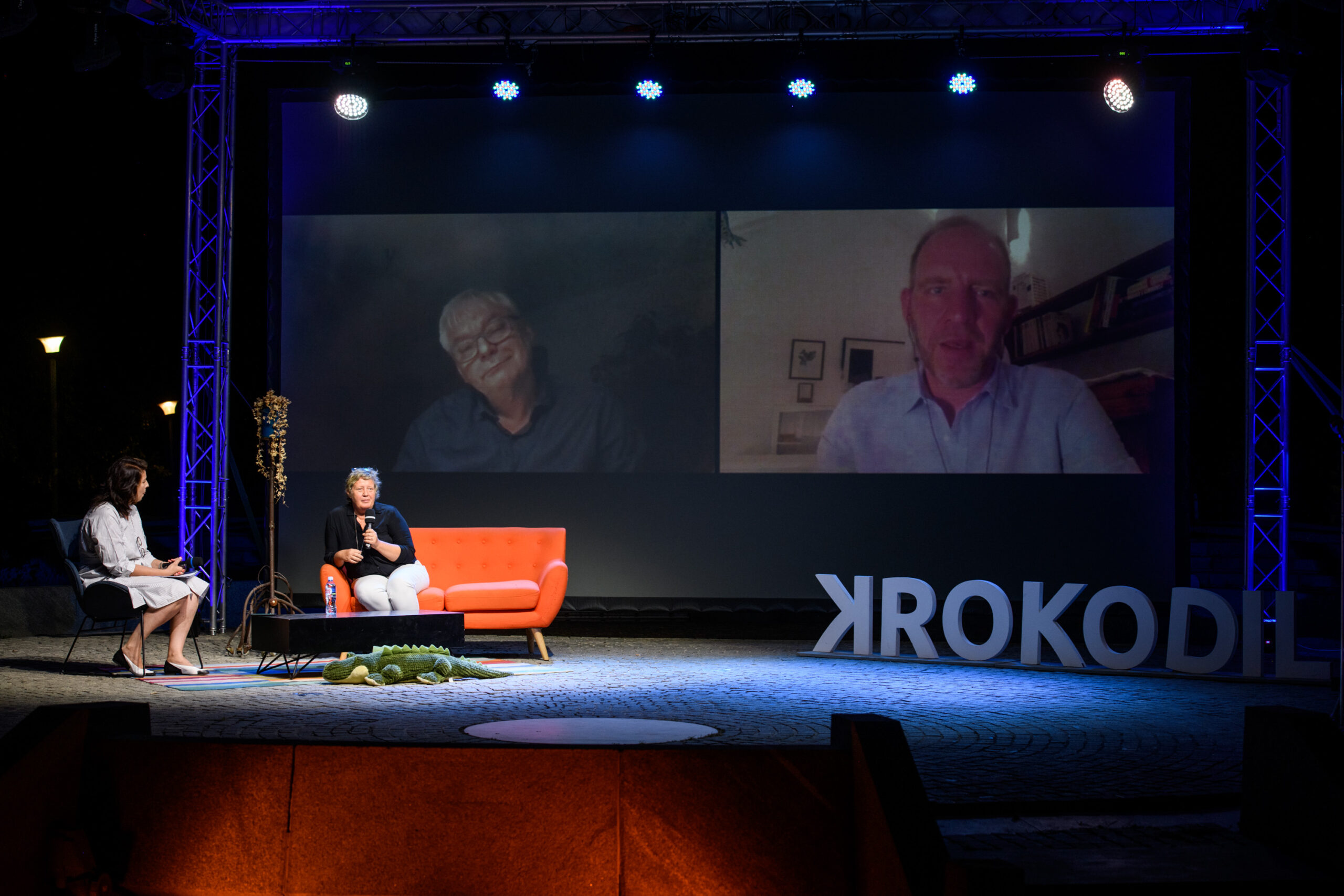 02 Sep BELGRADE DEBATE ON EUROPE: THE FUTURE OF STABILOCRACIES

Even before the pandemic started, Europe and the European Union were faced with tremendous challenges. The political world order is pressuring Europeans to unite in order to have more political leverage internationally. However, within Europe, there has been a rise of right-wing populism and nationalism in a number of European countries. There is a growing concern that the European idea of integration is losing its appeal, especially for the countries that are still not members of the EU – particularly the countries of the Western Balkans. This is what Krokodil’s guests were discussing in the first debate cycle. The future of Stabilocraties (in the wake of the COVID-19 Pandemic) was moderated by Ljubica Gojgić, and joining her on stage was Jelisaveta Blagojević. Debating with them over video call were Florian Bieber and Boris Buden.

Ms.  Blagojević opened the debate stating that this discussion evokes fear in her, because of the common characteristic of the two keywords, COVID-19 and future, is the fact that they are both unknown to all of us. For her, the fear is caused both by the health risks, but also by the social and economic consequences of the pandemic, stating that the two are inseparable.” Mr. Buden’s focused on politics. Recently there has been a right-winged wave sweeping across Europe. The political climate is changing. “Neo-democracy is in peril,” he said, adding that 20 years ago, there was a simple naïve belief that the future of Europe is clear – “Follow the west and everything will be alright. In our mind, Europe was the solution to everything”. However, that belief is gone and it seems that stabilocracy has become a new reality.

The term stabilocracy has the word stability in it, which in itself is problematic. According to both of them, the idea of a promise of stability in international relations within Europe is absurd, because the nature of relationships is that they are always unstable. “It is a tool to obscure the deficiencies of liberal democracies”, Mr. Beiber explains. In that sense, the stability that these politics strive for is not that of a country with a centralist government, but that of the spectator country. The European Union and Western Europe, in general, turn a blind eye to the decrease in democracy of certain countries in order to maintain stability and the neutrality between the countries, rather than address the actual issues. “Stabilocracy is Balkan alternative to the authoritarian trends we see in the world … That promise is only attractive if there is a threat of instability. So it is in fact those rulers and government who threaten chaos are the ones to then promise stability”. The claim that stabilocracy is a new reality comes from the disillusionment of the ideal from twenty years ago when many countries believed that the path towards the EU is the solution to all problems. Today, instead of reaching their goal, these countries, like the ones in the Balkans, find themselves in a process of eternal transition.

As long as those governments claim to be pro-European, the EU works with them. Extortion into the EU is another story. According to polls, Western Balkan countries want and hope to join. That entire interaction is a paradox, Mr. Florian says, “On one hand the western Balkans are described in EU documents as hybrid regimes, stabilocracies, and as such, they don’t embody the European values of democracy. But on the other hand, those countries are actively negotiating themselves into a membership.” Ms. Blagojević added: “First of all, there is no Europe anymore. The EU is in a crisis. Nothing is changing. The negotiating processes are like an empty shell. The two sides are promising to each other that nothing will change. It’s a promise to maintain the status quo on both sides”.

Mr. Buden answered whether Serbia will join the EU in the future: “there is no other option for Serbia”. “If you want to know what will happen to Serbia just look at Croatia. This means after entering Europe there will be a process of right-wing nationalist regime slowly adapting some liberal traits and then moving to the center of the political spectrum. That will stabilize Serbia. In order to do that Serbia needs to lose the illusion of sovereignty, he said. “There will never be national sovereignty, on the territory of former Yugoslavia. And I don’t see it as a loss. The concept of national sovereignty has failed. We are all living states that have lost their sovereignty.” However, he expressed that people of ex-Yugoslavia shouldn’t be looking towards the EU for answers. Its citizens should try to implement change from within, and try to reconnect between themselves and prepare themselves to fight many fights alone. There’s has been a struggle for recognition in the past. We must find a new way of communication in the concept of solidarity beyond the national and beyond the concept of sovereign states. Europe cannot solve all problems but Europe can help itself by uniting together. He concluded: “We should find a way how to be with each other and live with each other, in social and political solidarity.”