IN DEFENCE OF HISTORY 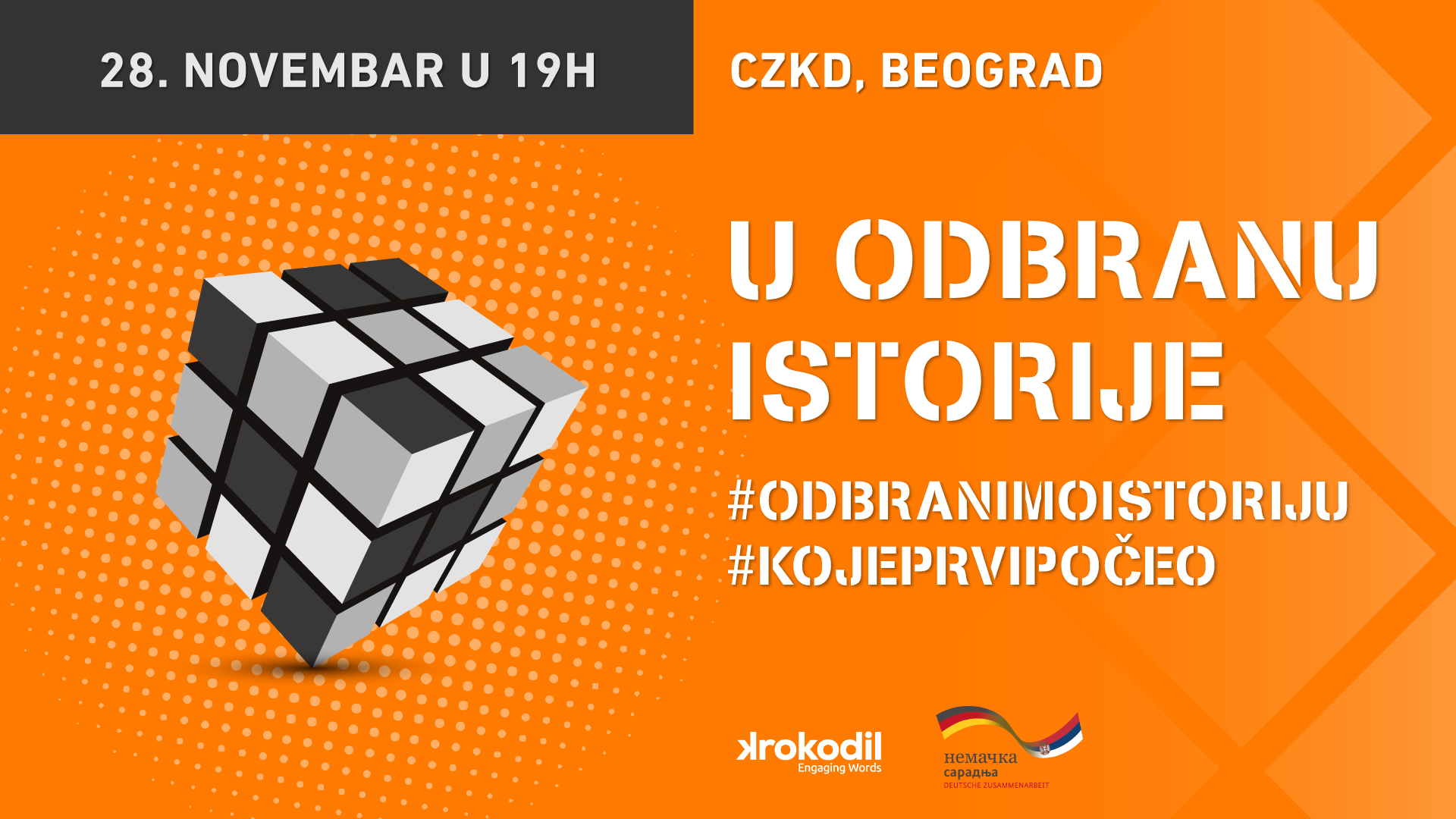 16 Nov IN DEFENCE OF HISTORY

Posted at 15:02h in news by wpadmin 0 Comments
0 Likes
Share

After our last “Who started it? Historians against revisionism” conference ended in June  of this year with the publication of the  “Defend History” Declaration, we will  continue  the current discussion about historical revisionism in  the territory of the former Yugoslavia  and the misuse of history for political means. On Saturday, November 28,  at 12pm, at the Center for Cultural Decontamination, we will discuss  the “Defend History” Declaration and the relationships we need to have to the past on a regional level. Our speakers are historian and author Dragan Markovina, film director Mila Turajlić, theater director Dino Mustafić and journalist Galeb Nikačević, with Dubravka Stojanović as our moderator.

With this event and the accompanying campaign, we want to hear prominent voices that  aren’t exclusively the voices of historians, while also calling the majority of people in Serbia and the Balkan region to action and asking them to sign the “Defend History” Declaration.

The “Languages and nationalisms” project tackled the complex questions of the reality of the existence of four different political languages in one region. It ended with the Declaration on the Common Language that was worked on by 30 linguists and other experts and signed by around ten thousand people from the entire region of the Western Balkans. Since 2018, the Association KROKODIL has worked on the realisation of the project “Who started it? Historians against revisionism”. Throughout this two year long project, two big conferences were held in Belgrade and Novi Sad, along with a two week residency for historians from the Balkan region, seminaries for teachers and history professors in Subotica, Novi Pazar, Leskovac and Belgrade, as well as three summer schools for students from the Balkans.

This event was realised with the help of the Embassy of the Federal Republic of Germany in Serbia, with the forum ZFD as implementing partner.

historians against revisionism, who started it