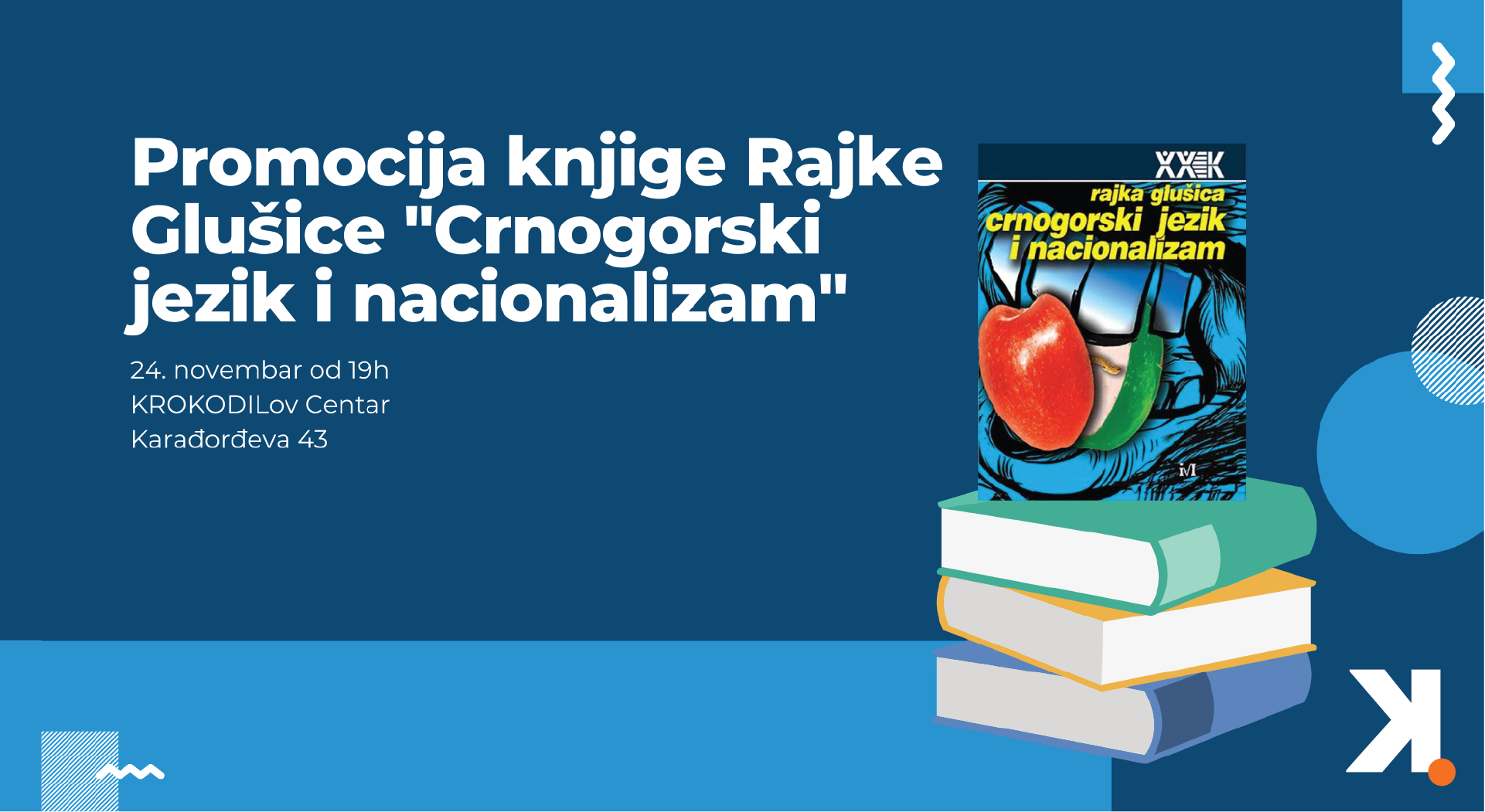 Posted at 12:03h in news by wpadmin 0 Comments
0 Likes
Share

The number of guests is limited and reservations are mandatory via our email address office@krokodil.rs

“The Montenegrin Language and Nationalism” (original title: “Crnogorski jezik i nacionalizam”) is a book by Montenegrin linguist Rajka Glušica, published this year through Biblioteka XX Vek. Join us on November 24 at 7pm at the KROKODIL Center for the promotion of this proactive achievement in the world of publishing.

Discussing the implications of the very present nationalist narratives around the Montenegrin language and its heritage, are Ivan Čolović, founder and editor in chief of the publishing house Biblioteka XX Vek, literary critic Nađa Bobičić, and, the author herself, Rajka Glušica.

Spanning from  the breakup  of former Yugoslavia to today, the re-standardisation of the Montenegrin variation of the polycentric common language of the Balkans turned into a battle of proving the autochthony and uniqueness of this language and its field of use as a whole. The author Rajka Glušica talks about this phenomenon and its many problematic aspects, from the perspective of grammar, incorrect  methodology, two versions of orthography and, finally, nationalism itself, closely bound to the question of  the Montenegrin language.

“Instead of a scientific approach to the standardised language and its codification, Montenegro was won over by the nationalist understanding of language as a primary way of identifying the identity of a nation and state,” explains the author in the foreword of her book, which stirred the waters in the country she lives in, and was followed by many negative reactions.

By its existence alone, the book “The Montenegrin language and nationalism” opened a variety of discussions  important not only for Montenegro itself, but also for the entire Balkan region. We’re waiting for you on Tuesday, November 24 at 7pm at the KROKODIL Center, and inviting you to participate in this interesting and dynamic conversation.

The promotion will be streamed on YouTube via our channel Krokodil Engaging Words.

For additional information, write to us via office@krokodil.rs