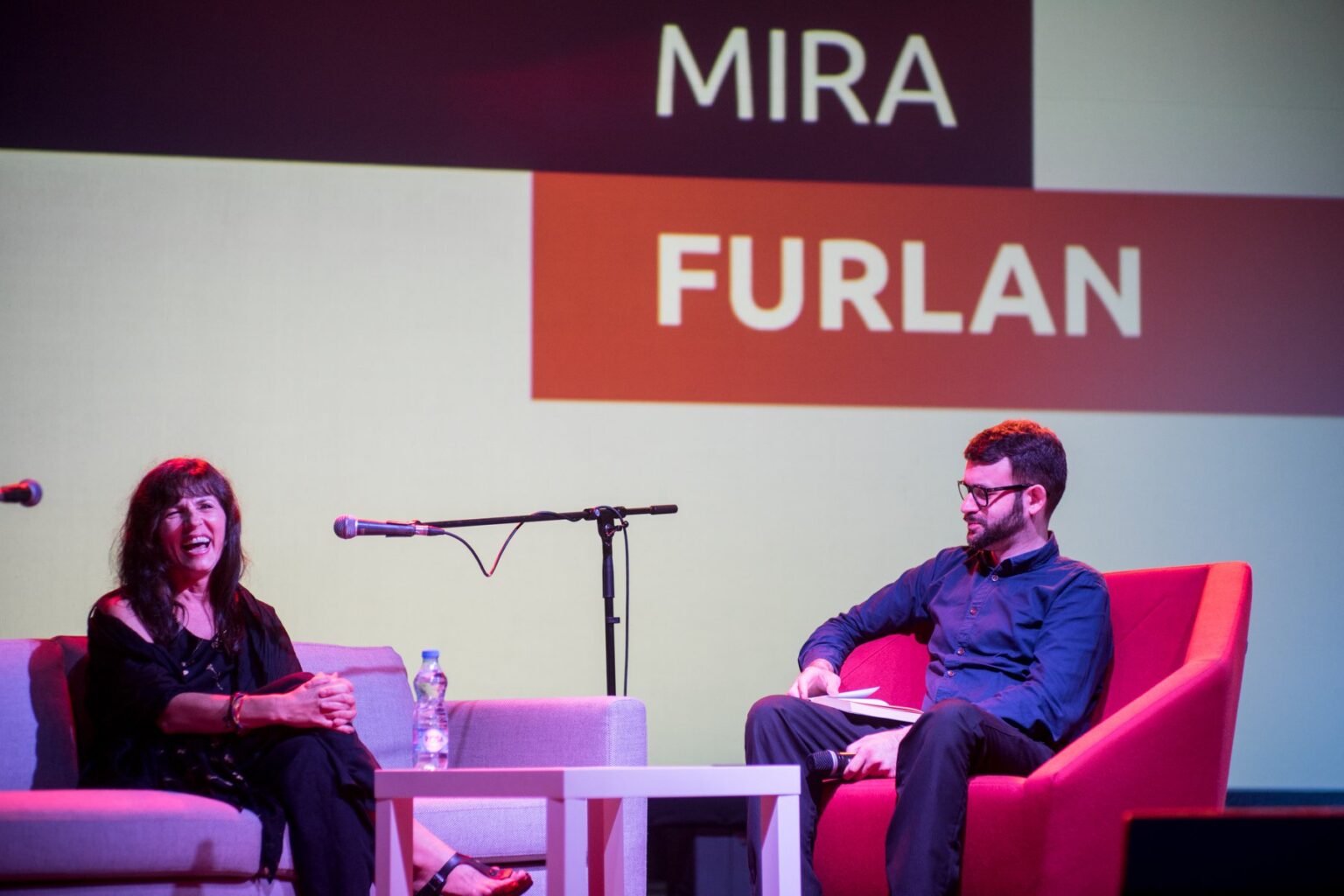 Posted at 13:46h in news by wpadmin 0 Comments
0 Likes
Share

Many people have performed at the KROKODIL festival over the past twelve years, but only a very small number of them have left such a strong and positive impression as Mira Furlan. When we sent her the invitation to be one of our guests in 2018, she momentarily accepted, without any delay or special conditions and without hiding her pleasure (“Both G. and I are delighted to see you in a city that was once ours”), especially considering that the last time she stayed here was many years ago. This would be, as it sadly turned out, her last performance in Belgrade. She arrived here from India with her husband, director Goran Gajić, as well as their son and his girlfriend (“the kids”). That entire trip (“The Mother of all Trips!”) was demanding and stressful (“We only just (half past 3) entered the hotel. We are half-dead. The kids are sick. It’s quite a horror. But we will be arriving tomorrow”). Still, when they finally arrived and we met, she greeted us with a smile and fantastic energy, which in the following days of the festival, she unsparingly shared with each person she came into contact with.

At the KROKODIL festival, a sofa interview was reserved for her. She spent almost an hour talking with Ivan Velisavljević in front of a delighted audience which greeted her with a salvo of applause and standing ovations: “Miro, Zagreb loves you, Belgrade loves you!”. Shortly before going on stage, despite her terrible stage-fright “from the Belgrade audience”, she still devoted all of her attention to a stranger who appeared out of nowhere and offered her some very old photographs of her that he himself shot, in hopes the famous actress might want to buy them. Although she was overjoyed by the photographs from her distant past, we could see that it was very important to her not to disappoint the man who offered them. And she indeed bought them, a few actually.

TV Lica and Mira Furlan at the KROKODIL festival in 2018

A day after the festival she went to visit Milena Dravić who was very sick at the time, practically dying (she passed away only a few months later, in October of the same year), and Mira was shocked by the poverty in which her colleague was living. She could not accept the fact that an acting legend of that size and recognition was fearing whether her electricity would be cut off because she was unable to pay the bills. That day, we had lunch at a kafana, and we talked for a long time about the human condition and the suffering which follows human existence – her stay in India and the sights of misery she encountered there had upset her, and the meeting with Milena Dravić and the injustice this grand actress was dealing with before her death just solidified her worldview. Her empathy truly had no borders.

We are endlessly saddened by the news that she is gone. There is something deeply unjust about it. We still can’t fully believe she is gone. We remember the moments spent with her, her unusually positive energy, her disarming smile, her presence and directness and immediacy. We sympathize with Goran, with their kids, and with all who loved and were close to her. The loss of Mira Furlan, as it usually is with people who are bigger than life itself, is a loss for all of us.

The world without you, dear Mira, is an incomparably sadder place. Rest in peace.