THE SEVENTH FESTIVAL OF LITERATURE AND ILLUSTRATION FOR CHILDREN KROKODOKODIL 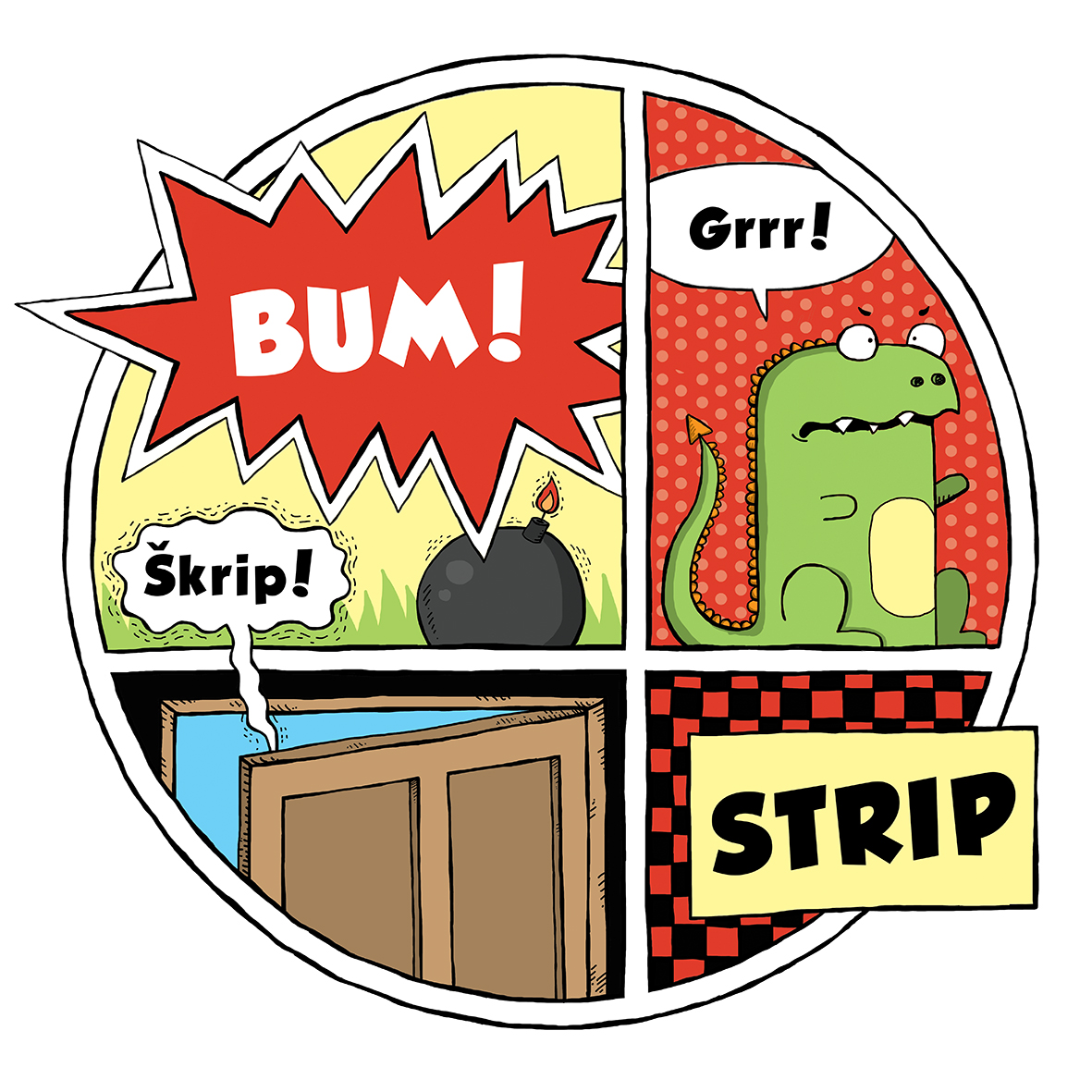 Posted at 12:45h in Uncategorized by wpadmin 0 Comments
0 Likes
Share

The central event of this year’s children’s festival KROKODOKODIL, the play BUM! GRRR!! ŠKRIP!!! STRIP!!!! will be held on Tuesday, November 19th starting at 13h at Puppet Theater Pinokio. This year’s edition of the festival is dedicated to comics and besides the play and programs for children, it includes events for adults that are held at KROKODIL’s Center.

KROKODOKODIL, The festival of literature and illustration for children was established in 2013. It is annual by nature and dedicated to the youngest generations of readers in our country.

Festival of literature and illustration for children KROKODOKODIL was formed around the premise that it is an imperative to contribute to the development of future reading audience in a dynamic, systematic and continuous way. The societies that take pride in popularity of reading are always those that have a careful and thorough system of forming such habits in the early childhood. Festival KROKODOKODIL aims to do exactly the same, using different audio and visual materials as well as dramaturgy, directing, decor and mise en scene which results in the mixture of festival and theatre further boosted by inclusion of the state of the art multimedia so that the whole event is adapted to the sense of rhythm and general sensibility of the youngest literary audience. Side program of the Festival includes workshops for children and for general audiences, lectures for the professionals in the field of literature for children as well as creative competition for children throughout Serbia. Finally, side program also includes exhibition of submitted visual and written works which are evaluated prior to the festival. Young authors of the winning pieces are awarded during the main ceremony.

The play for this year’s KROKODOKODIL was written by Jasminka Petrović, our storyteller, performer and contemporary writer of literature for children and young adults. It is directed by Vladan Đurković and the cast includes members of the Pinokio theater ensemble. The entrance is free and the play is intended for children aged 11-14.

So far, there have been three debates at KROKODIL’s Center as part of this year’s KROKODOKODIL. Jana Adamović, Ana Petrović and Aleksandar Zograf talked about female comic authors, Bob Živković and Akira Tada talked about comics in Japan and in mid-October we also hosted an event with Thierry Guitard,  French comic author and illustrator. Debate program will be continued after the play and the first debate will be held on Friday, November 22nd at KROKODIL’s Center.

The festival is organized by Association Obrazovanje i kultura (Education and culture) and Association KROKODIL and supported by the Secretariat for Culture and the City of Belgrade.