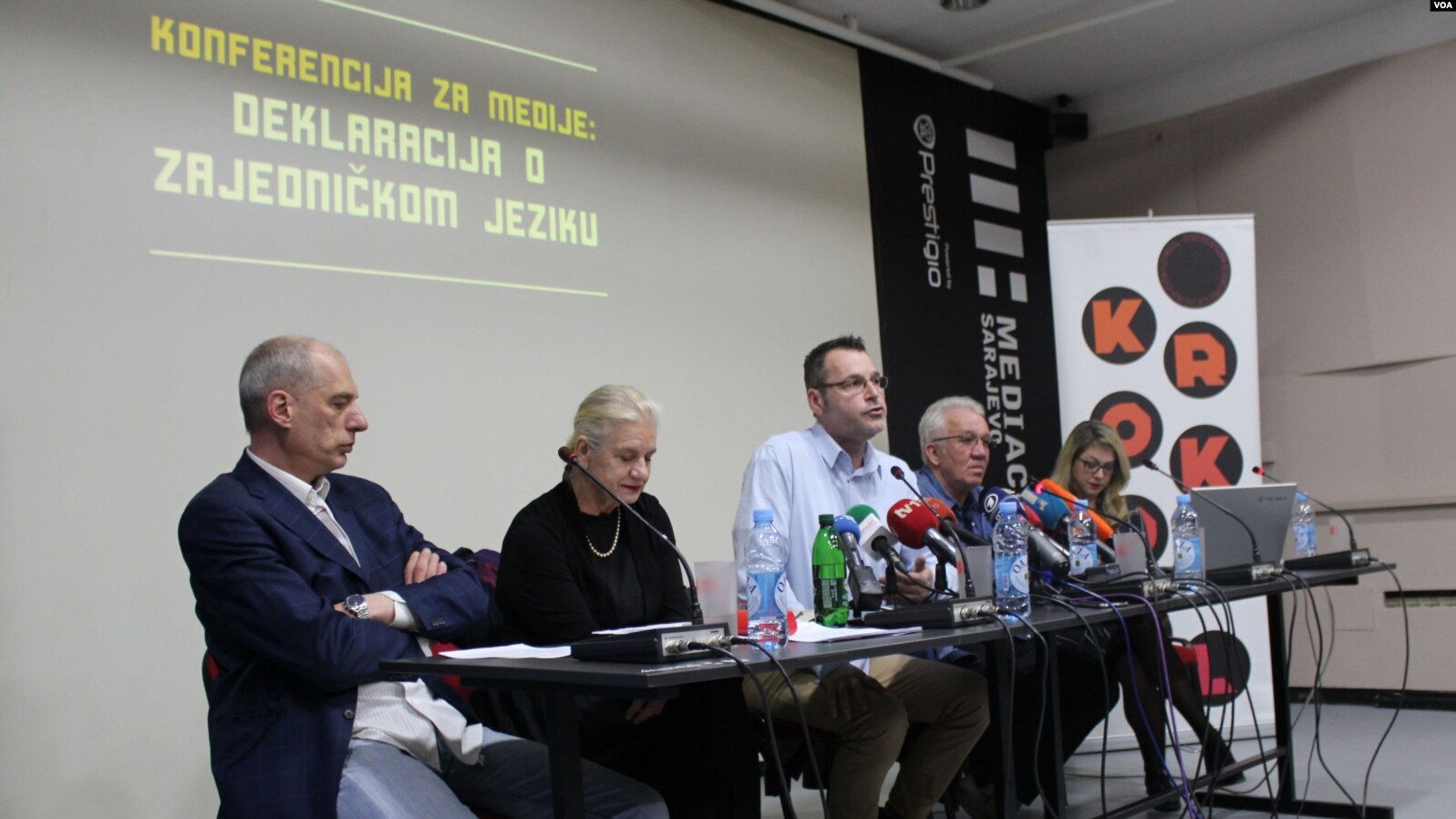 31 Mar FOUR YEARS SINCE THE DECLARATION ON THE COMMON LANGUAGE

Posted at 12:12h in news by wpadmin 0 Comments
0 Likes
Share

On March 30th, exactly 4 years ago, after many months of effort, collaboration and planning, the famous Declaration on the common language was published. This document blew through our entire region as well as abroad, as a decidedly affirmative answer to the question: are the four official languages in Bosnia and Herzegovina, Montenegro, Croatia and Serbia, united under the difficult to pronounce acronym BCGHS, in reality just different variants of the same language. Linguists gathered in the “Languages and Nationalisms” work group all participated in the creation of the text of the Declaration,  together with the participants from the series of regional conferences which precedes the Declaration, numerous journalists, actors, writers, directors, historians, philosophers, political activists and others.

When we from the KROKODIL Association look back on the projects we’ve accomplished or participated in, The Common language declaration is by far one our dearest and most important ones. Through seven points and eight requests, it unequivocally points out the polycentricity of the language we use, and which we call, depending on its different standards: Bosnian, Montenegrin, Croatian and Serbian, and advocates the prevention of the political abuse of language for purposes such as segregation, discrimination and violence in everyday life.

Considering we are still facing the negative social, cultural and economical consequences of political language manipulation, as well as the dominant politics about language in Bosnia and Herzegovina, Montenegro, Croatia and Serbia, this document is unfortunately still as current as it is needed.

Tens of thousands of citizen, as well as a number of  public figures, such as linguists Snježana Kordić and Ranko Bugarski, intellectuals Boris Buden, Dubravka Ugrešić, Borka Pavićević, Noam Čomski  and many others, signed the Declaration during the months that followed its publication.

Support the defense of the common polycentric language from the nationalistic particularism. Read, sign and share the Common language declaration on https://jezicinacionalizmi.com/deklaracija/