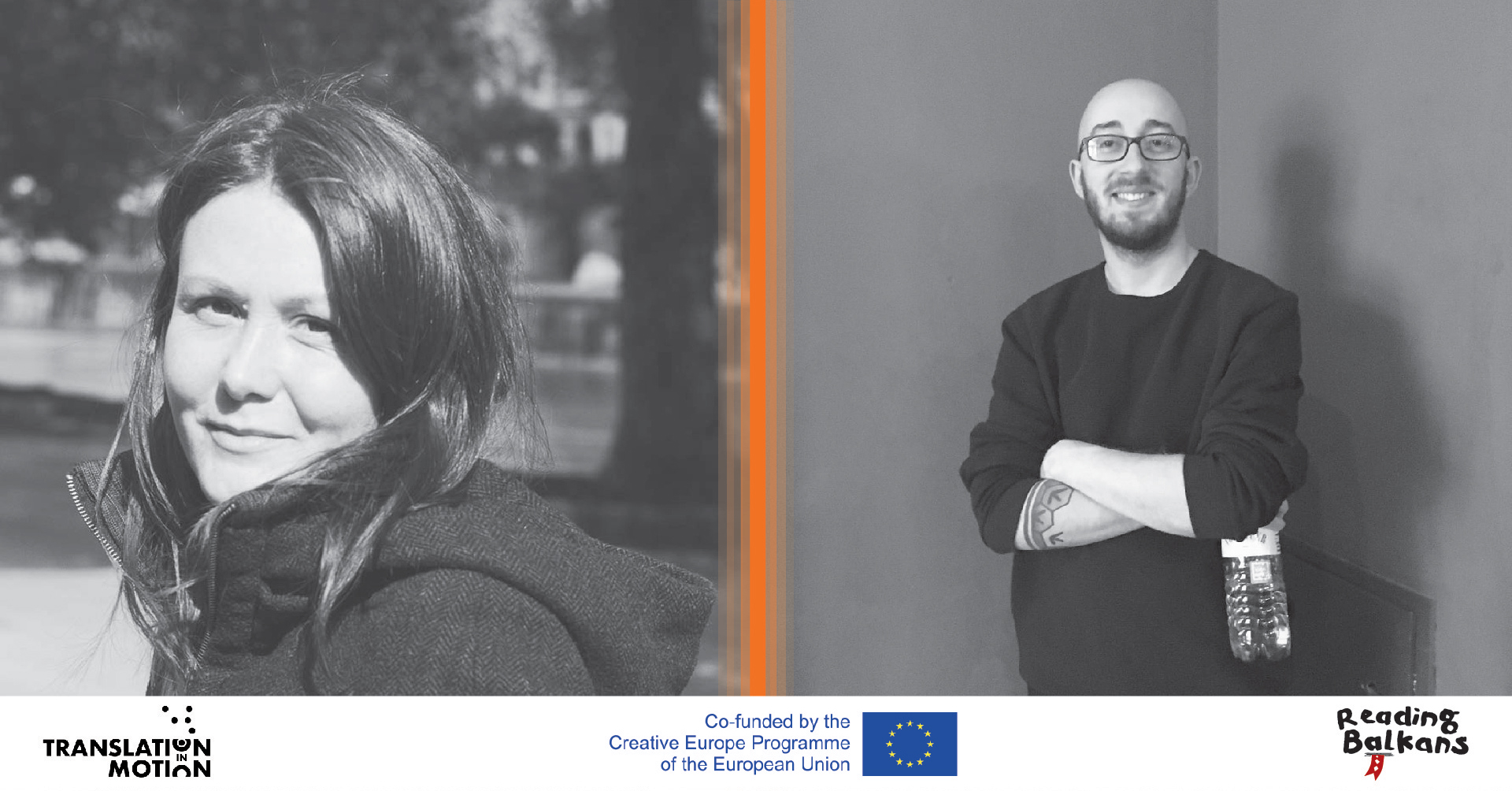 Alex Văsieș was born in 1993, in Bistrița. His first collection of poems, head butt was published in 2012 by Casa de Pariuri Literare. In 2016, he published two volumes: The Installation (Cartea Românească), for which he received the “Young Poet of the Year 2016 Award” and Oana Văsieș (Charmides). Selections of his poems were translated to German, English, Greek, Hungarian and Italian. He has translated several books (written by authors such as Alice Notley, Chuck
Palahniuk, Tom Hanks, Neil Gaiman or Graeme Macrae Burnet). He is the lead editor of OMG publishing house and an associate editor of Z9 Magazine. Alex’s stay in Belgrade is supported by the Creative Europe programme and Traduki.

Maša Dabić was born in 1981 in Sarajevo, and she lives and works in Vienna, where she teaches oral translation from Russian into German at the University. So far, she has translated ten novels from the common language into German, by authors such as Svetislav Basara, Barbi Marković, Zlatko Paković and others. In addition, she translates short stories, essays, plays and poetry, and is also engaged in simultaneous translation and journalism. With her debut novel Gubici trenjem (Treći trg, 2021), she was shortlisted for the Austrian Book Award in 2017. In 2018, she received the City of Vienna Award for the promotion of literature. Maša’s stay in Belgrade is supported by the Creative Europe programme.