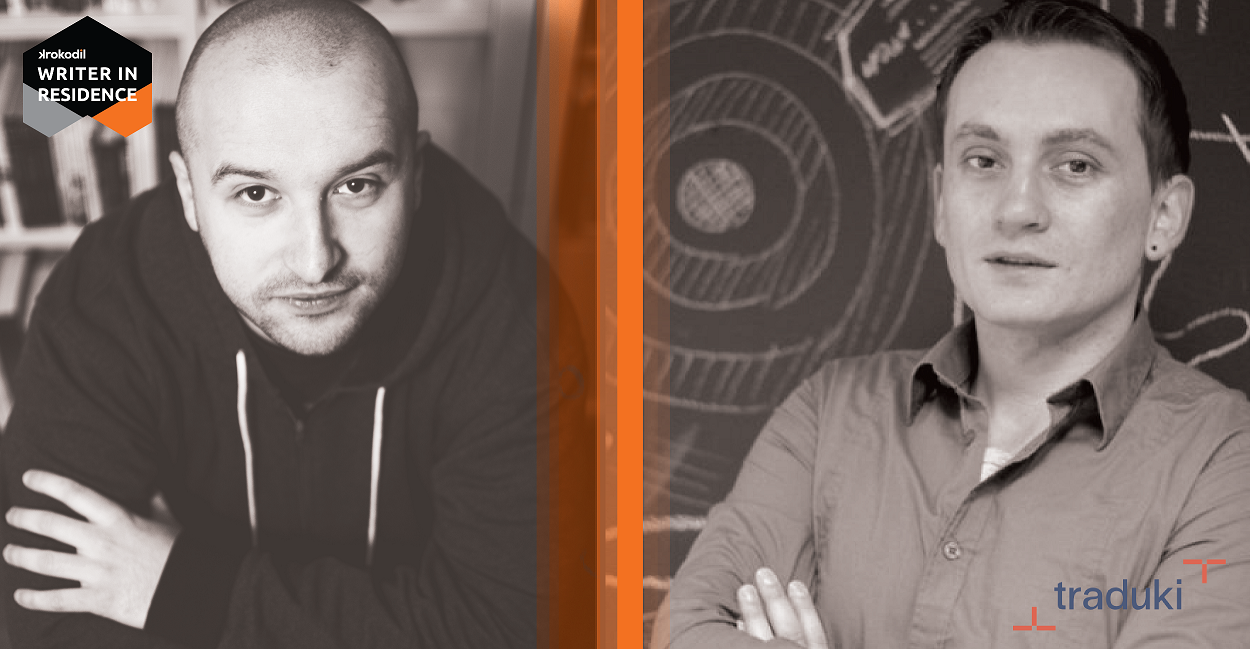 On Wednesday, September 28, starting at 7 pm, at an event in KROKODIL’s Center, we will present the Macedonian writer and translator Ivan Šopov, who is staying at KROKODIL’s Writer-in-residence during the month of September. The talk will be moderated by writer Bojan Babić, whose novel “Ilegalni Parnas” was recently translated into Macedonian by Ivan Šopov.

Ivan Šopov was born in Skopje, 1987 and graduated General and Comparative Literature at the “Ss. Cyril and Methodius” University in his hometown.
He is author of the books “An Alphabet and Notes Gone Astray” [Азбука и залутани записи] (short stories, 2010), for which he received the award “Novite!” for best debut prose, “Belly of the Year” [Меше на годината] (poems in prose, 2012), “The Chronicles of Arslan Dailey” [Хрониките на Арслан Новинарски] (satirical articles, 2018), “Skopje: the Lost Shoes of the City” [Скопје: изгубените чевли на градот] (short stories, 2020). He also writes poetry and haiku. His poems and short stories have been translated into several languages: English, Serbian, Croatian, Albanian, Slovenian, Bulgarian, Czech, Greek, Romanian and German.
He translated books by Ambrose Bierce, Madeleine Thien, Roman Kissiov, Mikhail Veshim, Miroslav Krleža, Bojan Babić, Asja Bakić, Dragoslav Mihailović, Irena Vrkljan, Zvonko Karanović, Martha Nussbaum and others into Macedonian.
In the period from 2012 to 2018 he worked as an editor in the publishing house Templum and on the internet portal Okno.
He was part of the organizing team of the literary festivals “Another Story” [Друга приказна] and “ArtArea”. He is one of the founders of the coffee-bookshop “Bukva” in Skopje and the mobile cultural center “KC 750”.