Lecture by Elina Slobodianiuk – “The threat of propaganda: theory and practice, from Goebbels to Solovyov” 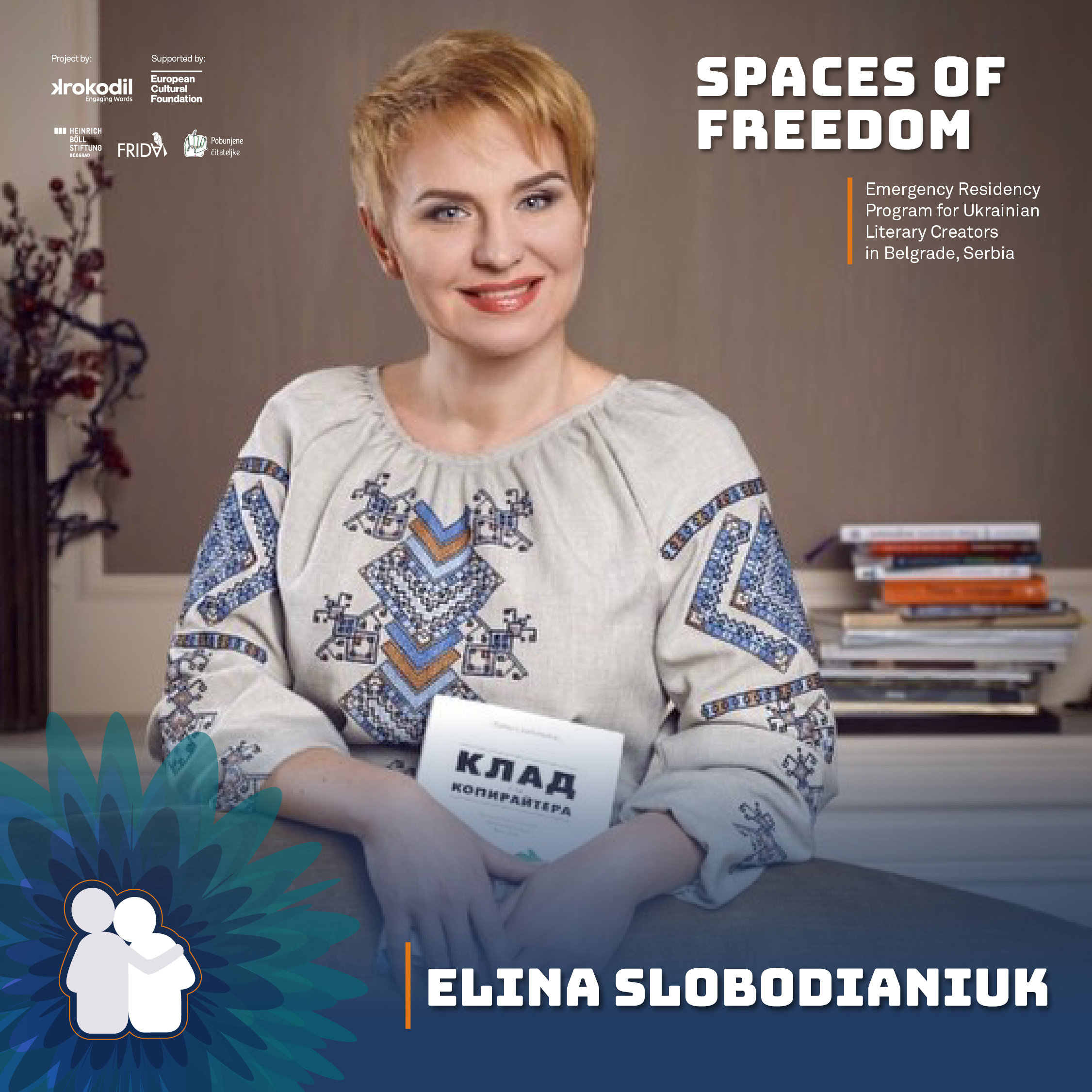 21 Oct Lecture by Elina Slobodianiuk – “The threat of propaganda: theory and practice, from Goebbels to Solovyov”

On Thursday, October 27, starting at 7pm, author and doctor of historical sciences Elina Slobodianiuk, who is staying in KROKODIL’s Writer-in-residence until the end of October thanks to the KROKODIL’s project of emergency residency programs for literary creators from Ukraine, will give a lecture titled “The threat of propaganda: theory and practice, from Goebbels to Solovyov”.

Elina Slobodianiuk, author, doctor of historical sciences and polytechnic. She is considered the “mother” of copywriting in the post-Soviet space and in Eastern Europe. She is the author of two bestseller books “The Copywriter’s Handbook” (2009) and “The Copywriter’s Treasure” (2014). Among her students are winners of the Cannes Lion for advertising. She is also the co-author of a collection of essays dealing with the experiences of Ukrainians during World War II.

Elina Slobodianiuk’s stay in KROKODIL’s Writer-in-Residence is realized through the Spaces of Freedom project.
Association KROKODIL, as an independent organization from Belgrade with literary, artistic and socio-political activities has decided to provide shelter and support to Ukrainian literary creators on top of other activities related to Ukraine such as collecting humanitarian help for the City Perinatal center in Kharkiv etc. Being that a large number of Ukrainian writers have been offered similar programs in many European countries, we decided to open the doors of our residence for writers to all literary creators (including, besides prose writers and poets, also essayists, translators, editors, cultural journalists, comic book authors, theoreticians, columnists, singer-songwriters, rappers, spoken word performers, etc.). This project of the Association KROKODIL is supported by: The European Cultural Foundation, Heinrich Böll Foundation, FRIDA and Pobunjene čitateljke