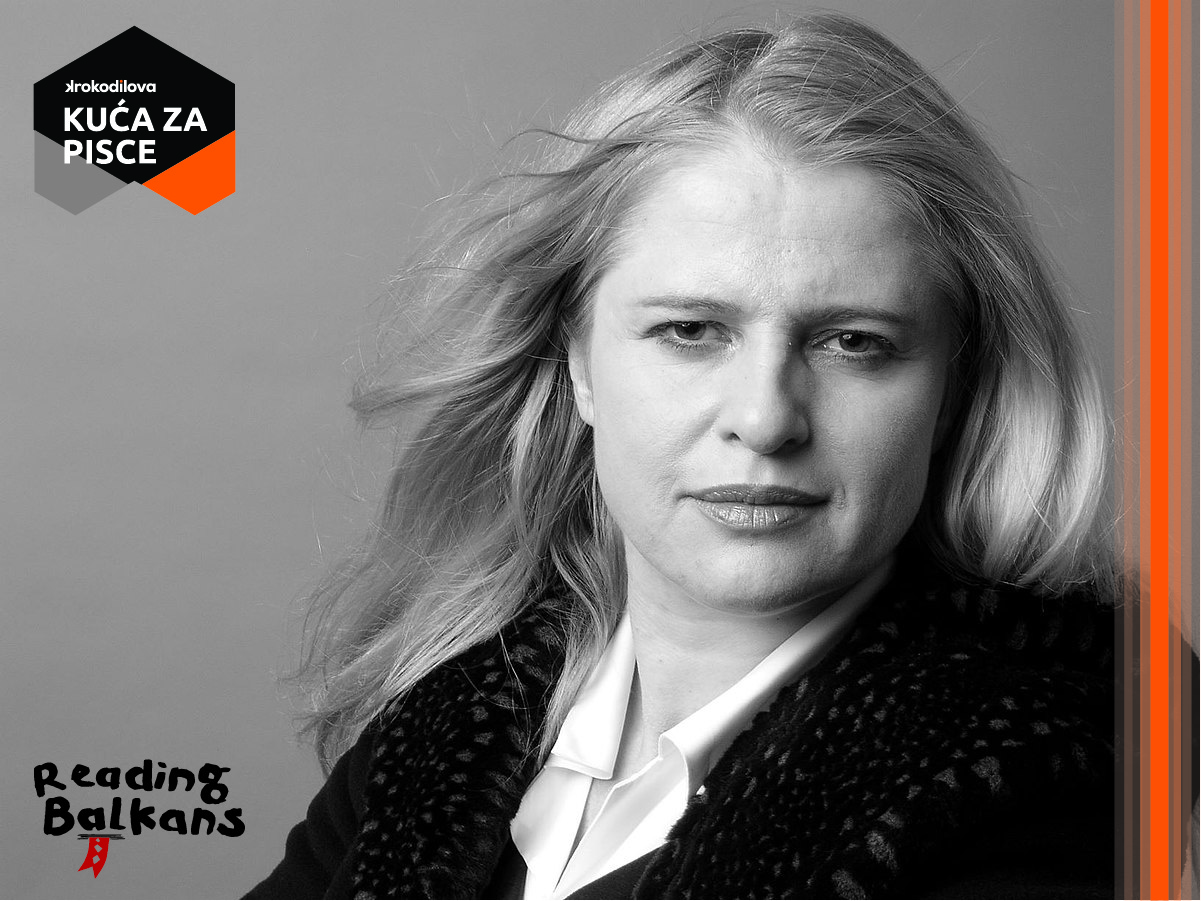 Posted at 12:34h in news by wpadmin 0 Comments
0 Likes
Share

In the month of April KROKODIL’s 98th Writer-In-Residence will be Mojca Kumerdej, who came to Belgrade under the Reading Balkans project. Stay up to date with KROKODIL and join us on a separate event dedicated to this Slovenian writer, where we will, together with her, discuss her various literary accomplishments.

Mojca Kumerdej, author, philosopher, publicist and art critic, was born in Ljubljana, where she studied philosophy and the sociology of culture on the Faculty of Philosophy. Besides writing fiction, she also writes texts in the areas of literary theory, articles, as well as texts about contemporary dance, performance and intermedial art.

Her first novel, Christening over Triglav, was published in 2001, followed a couple of years later by the short story collections Fragma (2003) and Dark Matter (2001), in which she discusses the different inner borders of individuals living in a contemporary society through the perspectives of various characters and in a rather sharp, precise and occasionally witty manner. Her stories have been translated to many foreigh languages and published in both Slovenian and foreign literary magazines and anthologies.

For her short story “Under the surface” from 2006, she won the Kristal Vilenica award at the International festival Vilenica. Drama students at the Ljubljana Academy of Arts (AGRFTV) have made several of her stories from the collection Fragma into short TV dramas. In 2017, she was awarded the Prešernovo award for her second novel, The Harvest of Chronos.