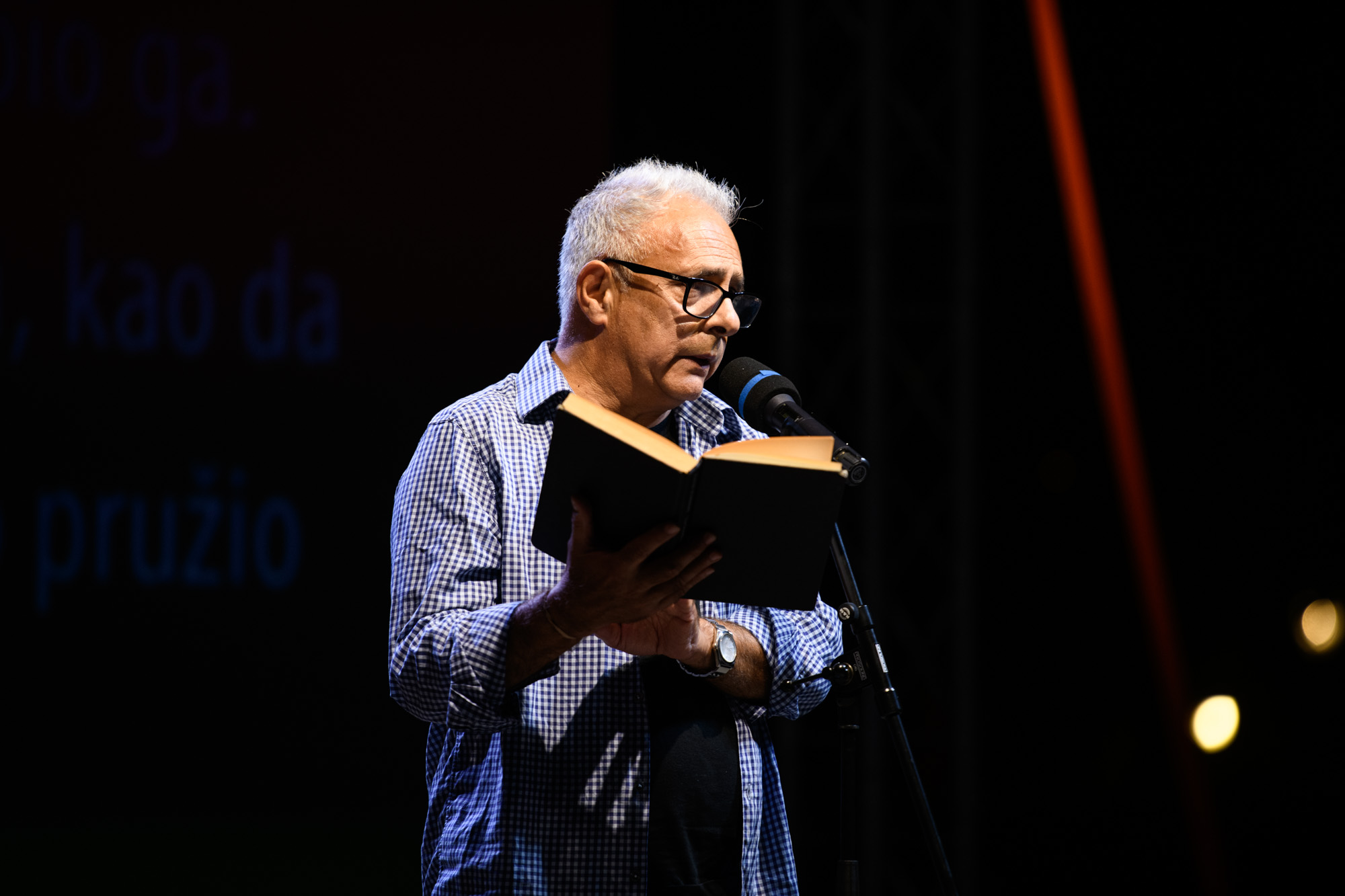 The grand opening of the festival KROKODIL took place on Thursday, August 26 at 8 pm at the amphitheater in front of the Museum of Yugoslavia, when two writers who are certainly among the most important British and global authors of today – Irvine Welsh and Hanif Kureishi – presented themselves to the audience in a conversation with Mima Simić and Galeb Nikačević, but also by reading excerpts from their work. The conversations was held in English, and simultaneous translation provided. The thirteenth edition of the KROKODIL literary festival was held in Belgrade from August 26 until August 29 under the symbolic title BORDERS VS. FRONTIERS. In the specific atmosphere of the now long-lasting Covid-19 pandemic, when the rules are no longer clear to anyone, the KROKODIL festival puts in a dialectical relationship the borders that hold us back in place with the frontiers that we can reach and are there for us to constantly move them.So today, at a time when we know more about ourselves and where we as a species are going than ever before, but when at the same time our confidence in the ability to preserve the human race and the world that we inhabit together with other species is at its lowest point ever, it is precisely this dilemma – what are, ultimately, our ingrained, unescapable limitations and what are the furthest reaches of our capabilities? – that is of particular importance.Borders vs. Frontiers, then.Across four festival days (Thursday, Friday, Saturday and Sunday), a top selection of local, regional and international authors were presented at the amphitheater in front of the Museum of Yugoslavia, at the Center for Cultural Decontamination and at the Yugoslav Film Archive. The audience had a chance to enjoy readings, conversations, sofa interviews, meetings with journalists and the audience, book signings, panel discussion programs, debates, promotions, screenings etc.